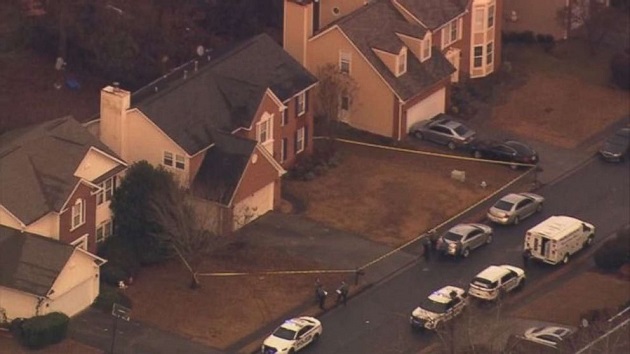 WSB(ATLANTA) — A Georgia teenager who killed himself after shooting his 17-year-old friend to death while showing off a loaded handgun on New Year's Eve has been identified by police.
Devin Hodges, 15, died from an apparent self-inflicted gunshot wound on Monday after a gun he was handling in front of a group of boys accidentally went off inside what police described as a "makeshift shed" behind a home in the upscale Atlanta suburb of Lawrenceville, according to the Gwinnett County Police Department. Hodges' friend, Chad Carless, 17, was shot and killed in the incident, which police said they are investigating as an accident.
"After multiple interviews with witnesses, detectives learned one of the males, Hodges, was showing the group a handgun when he accidentally fired a shot. The shot struck his friend, Carless, sitting next to him in the cramped shed," police said in a statement.
A group of teens had gathered at the shed around 3:15 p.m. Monday when Hodges pulled out a handgun, according to police.
It was not immediately clear where Hodges got the gun. Police said the investigation is ongoing.
Two of the four teens present when the shooting occurred ran from the shed, according to officials. Police believe Hodges called 911 before shooting himself.
"As officers were arriving on the scene, Hodges was seen running between two homes where he then took his own life with the handgun," according to the police statement.
Responding officers found Carless dead inside the shed and then "heard a single gunshot while attempting to locate the involved parties from the initial 911 call."
"Officers located a male with what appears to be a self-inflicted gunshot wound a short distance from the makeshift shed," a statement from Gwinnett Police said.
Copyright © 2019, ABC Radio. All rights reserved