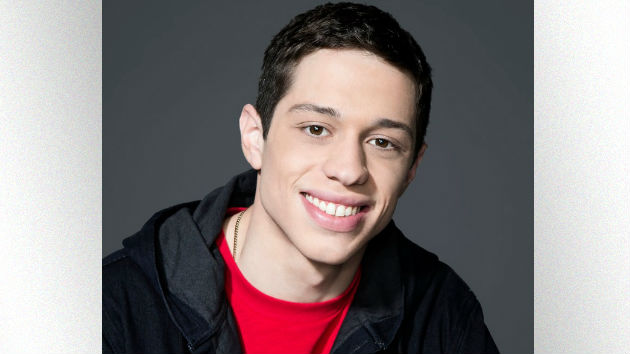 NBC/Will Heath(BOSTON) — Saturday Night Live’s Pete Davidson returned to the stage on New Year’s Eve, performing standup at two sold-out shows in and around Boston, according to multiple published accounts.

The appearances came nearly two weeks after Davidson got everyone worried with a since-deleted Instagram post that implied he was thinking about harming himself. That apparently was prompted by the personal pounding he — and, apparently, his family — have been taking in the two months since his former fiancée, singer Ariana Grande, broke off their engagement in October after a five-month relationship, then sang about it in her current number-one hit, “thank u, next.”

During his stand-up set, Davidson said one student even trolled his mom, a school nurse, by singing "thank u, next" to her — which earned that student a trip to the dean’s office to perform it in front of four ex-cop administrators, a source tells E! Online.

As for the song itself, Davidson said, “That s*** came out before I had to put on a f****** duck hat and be like, ‘Derrrp here’s the pizza!’ ” according to the source. “So all my friends were there. It was a sad day. We didn’t know it was going to happen.”

In the November 3 edition of SNL, Davidson addressed his breakup with Grande on Weekend Update, saying in part, "It's nobody's business and sometimes things just don't work out, and that's OK. She's a wonderful, strong person, and I genuinely wish her all the happiness in the world."