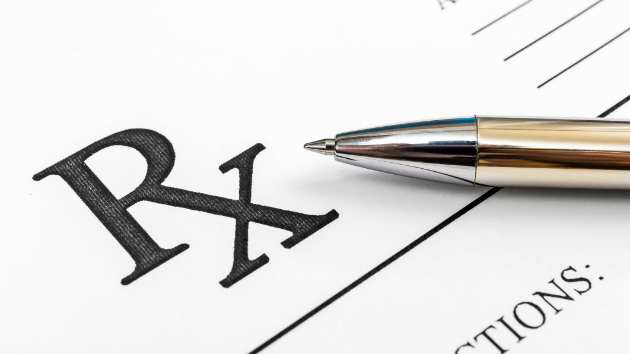 LIgorko/iStock(NEW YORK) — Almost 9,000 children and young adults have died from opioid poisonings in the past 20 years, according to a study published Friday in the Journal of the American Medical Association (JAMA).

Researchers at Yale School of Medicine examined data from the Centers for Disease Control and Prevention (CDC) between the years 1999 and 2016. They determined that the majority of reported deaths due to opioids — 6,561 — involved prescription drugs and 81 percent were unintentional.
“This study shows that the opioid epidemic has spread to all segments of society," Dr. Julie Gaither, one of the study's authors, told ABC News. "Even the very youngest in this country have been affected. And the crisis is likely to remain a persistent public health problem in the young unless parents, public health officials and clinicians — including physicians who prescribe opioids to adults — begin to consider the risks that opioids pose to children and teens.”
The death rates in the study were highest in non-Hispanic boys and among teens ages 15-19, followed by children ages 0 to 4 years old. For the teens, heroin was involved in 1,900 deaths and just over 3,000 involved an ingestion of a substance in addition to opioids.

"To put it in perspective, in 1999 the average age of a new heroin user was 27, now it's 19," Dr. Ellen Rome, head of adolescent medicine at Cleveland Clinic Children's hospital, said in an interview with ABC News.

A total of 62 percent of the deaths occurred outside a medical facility, with 38 percent occurring in homes.

Every year millions of children and adolescents are routinely exposed to opioids in their homes, schools and communities, the study found. In addition, every year nearly 5,000 children younger than 6 are evaluated in emergency departments across the country following opioid exposures.
“These are completely preventable deaths. No child should be dying of an opioid overdose. Period,” said Rome.

She encourages people to ask both doctors and pharmacists to dispense smaller amounts if the number of opioid pills prescribed seems too big for the condition being treated. She also encourages families to clean out medicine cabinets and dispose of opioids in Ziploc bags with coffee grounds or kitty litter.
“If you are pregnant or have small children at home, avoid bringing opioids home altogether. That might mean asking your physician for alternative therapies,” said Rome.

In what has been a growing epidemic affecting many aspects of U.S. society, Rome said the survivors often make the best advocates and educators.

"Engaging them to share their stories promotes healing and can help prevent the next death," she said.
Copyright © 2019, ABC Radio. All rights reserved.