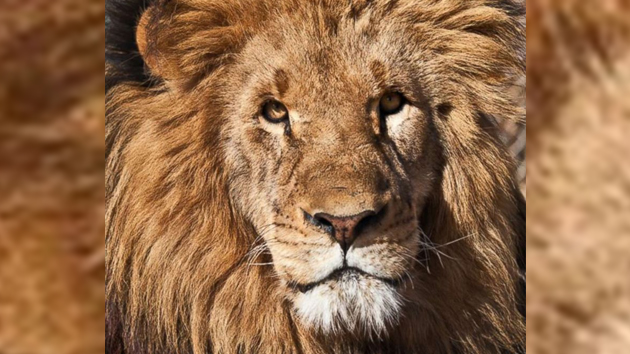 Conservators Center(BURLINGTON, N.C.) — It took eight shotgun blasts by sheriff's deputies to kill a lion that got loose at a North Carolina wildlife center and killed a 22-year-old intern, according to a sheriff's report obtained Wednesday by ABC News.
Caswell County Sheriff's deputies resorted to deadly force on Sunday to take down the 14-year-old lion at the Conservators Center in Burlington after a worker at the facility shot the animal three times with tranquilizer darts that apparently had no effect, according to the report.
Alexandra Black, 22, was killed when the lion, weighing 400 to 450 pounds, escaped from what was supposed to be a locked pen and attacked her as she was cleaning its enclosure with a trained animal keeper, officials said.
Black, a recent graduate of Indiana University, was killed 10 days after starting her internship at the Conservators Center.
An investigation into how the lion got loose from its locked pen is ongoing. The sheriff's report mentions deputies being directed to an "opening in a fence," but does not say if that is where the lion escaped.
Sgt. Michael Griggs of the Caswell County Sheriff's Office noted in the report that when he arrived at the center "several staff members were attempting to get the lion to get into a separate enclosure away from the victim" while others were waiting for a tranquilizer gun to be brought to the scene.
But when the gun arrived, the tranquilizer dart broke and got stuck in the gun while a worker was trying to load it, rendering it useless, the sheriff's report reads.
As deputies and staff waited for a second tranquilizer gun to arrive, the lion went into a structure shaped like a doghouse as Black lay motionless just out of rescuers' reach, the report stated.
"After a while, the lion came out after staff members began to walk near the fence with raw meat," the report said.
Douglas Evans, a staffer at the center, fetched what was described as a "blow gun" and used it to try to tranquilize the lion.
"Mr. Evans then blew the dart from the blow gun, hitting the lion in the back leg area," but it had little to no effect on the animal, the report stated.
Evans blew another dart at the lion, according to the report, but instead of going down, the lion climbed on top of the doghouse-like structure and started "walking in circles and growling."
After Evans blew a third dart that hit the lion, the animal jumped to the ground and went back into the structure, according to the report.
Firefighters sprayed fire hoses at the doghouse, forcing the lion to come out and a staffer tried to lure it into a safety enclosure.
"The attempt failed and the lion started toward the area that the victim was lying in," the report stated.
At that point, sheriff's deputies resorted to deadly force.
"The lion was still not showing any signs of going down from the medication and as the lion passed my location I shot a 12-gauge … into the lion's front right body area near the front right shoulder," Sgt. Griggs wrote in the report.
When the initial shotgun blast failed to stop the lion, Griggs fired three more shots at the animal.
Instead of going down, the lion charged a fence where deputies were standing, according to the report.
Griggs shot the lion two more times and another sheriff's deputy fired a seventh shot, hitting the animal in the breast, according to the report, and the lion finally dropped to the ground and stopped breathing.
"Mr. Evans advised that a shot needed to be placed in the lion's heart area to ensure that he had expired," Griggs wrote in the report.
After Griggs fired the eighth shot at the lion, Evans and Mindy Stinner, executive director of the Conservators Center, entered the enclosure and confirmed the lion was dead.
Deputies and paramedics rushed to aid Black, but it was too late. She was pronounced dead at the scene.
The fatal incident has put private wildlife facilities in North Carolina under scrutiny.
North Carolina is one of just four states in the nation with little or no laws for keeping wild animals like lions, bears and primates in captivity, according to The Humane Society of the United States.
"Sadly, this incident illustrates the need for strong legislation to better restrict the private possession of dangerous wild animals," said Kitty Block, acting president and chief executive officer of The Humane Society of the United States.