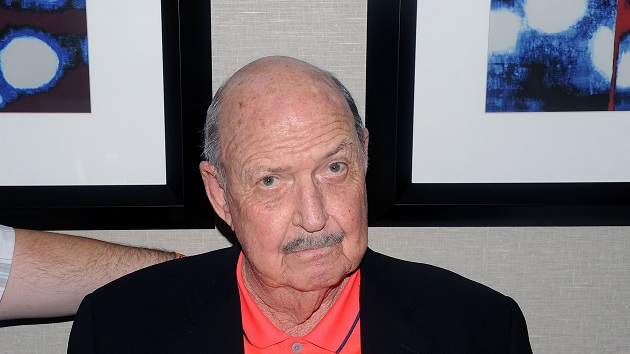 Bobby Bank/Getty Images(NEW YORK) — "Mean" Gene Okerlund, the iconic WWE backstage interviewer who played a role in some of the biggest moments in pro wrestling history, has died, the WWE announced Wednesday. He was 76.
Okerlund stood next to the likes of Hulk Hogan, Ric Flair, Randy "Macho Man" Savage, Andre the Giant, the Ultimate Warrior and many others from the mid- to late-1980s and teed up the stars of that era to deliver some of their most memorable promos. In the mid-1990s, Okerlund moved to rival WCW and stood in the ring as garbage rained down upon Hogan as he formed the nWo.
"A voice and soundtrack to an entire era of our industry. He was the star of some of WWE's most memorable segments," WWE executive vice president Paul "Triple H" Levesque said on Twitter on Wednesday. "'Mean Gene' was beloved by all who got to work with him. Our thoughts are with his family at this difficult time."
Wrestling stars, including Hogan, remembered Okerlund with posts on social media.
Okerlund returned to the WWE fold upon the closing of WCW in a variety of roles and appearances, and was inducted into the WWE Hall of Fame in 2006, by Hogan.
Okerlund's last WWE appearance came on Jan. 22, 2018, when he appeared on the 25th anniversary of "Monday Night Raw" and interviewed then-WWE champion AJ Styles.
Copyright © 2019, ABC Radio. All rights reserved