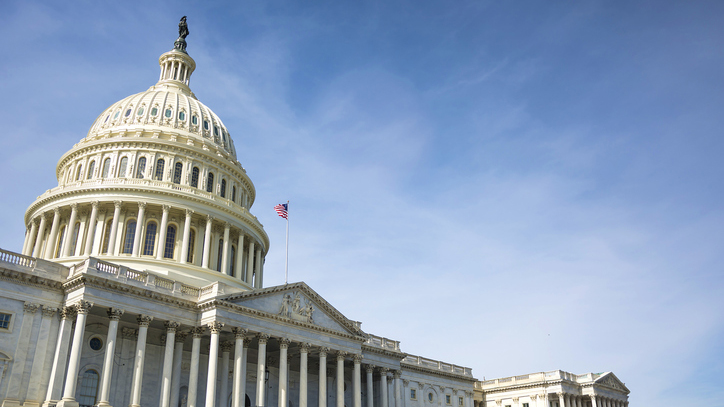 rarrarorro/iStock(WASHINGTON) — House Democrats, soon-to-be in control of the chamber, have introduced a new rules package for the next session of Congress that paves the way for the House to defend the Affordable Care Act in court, address climate change with a new committee and allow members to wear religious headwear on the House floor.
After Republicans spent years and held dozens of votes to repeal, replace and undermine President Barack Obama’s signature health care legislation, the new rules package would allow the House counsel to intervene in Texas v. United States, the case brought forward by nearly two-dozen Republican state attorneys general.
In December, a federal judge ruled that the individual mandate was unconstitutional. The law remains in place during the appeal process.
The package also includes a provision allowing members to wear religious head coverings on the floor of the House, overturning a nearly 200-year ban as Rep.-elect Ilhan Omar, a Minnesota Democrat who is Muslim and wears a headscarf, prepares to join the House.
Some Democrats, including progressive Rep. Ro Khanna, D-California, and Rep.-elect Alexandria Ocasio-Cortez, D-New York, plan to vote against the measures because of objections to the inclusion of a budget rule that requires that new legislation impacting federal revenues and mandatory spending doesn’t add to the national deficit.
The rules include other key Democratic priorities the party hopes to highlight heading into the next presidential cycle.
The Select Committee on the Climate Crisis will investigate climate change and produce policy recommendations to help address concerns about global warming by December 2020. It will consist of eight Democrats and six Republicans, but won’t have subpoena power, unlike existing standing committees.
The package, which the House will likely approve on Thursday as one of its first orders of business, also includes provisions meant to improve the functioning and productivity of the chamber.
“Americans demanded a new direction, and this rules package will immediately usher in a new era for this Congress,” Rep. Jim McGovern, D-Massachusetts, the incoming chair of the House Rules Committee, said in a statement.
It would institute a return to the “Gephardt Rule,” named after former Democratic leader Richard Gephardt, to automatically raise the country’s borrowing limit when the chamber passes a budget, to avoid the messy debt ceiling fights that frequently occurred under GOP control of the House that risked a national default.
Democrats would also create a committee to investigate the modernization of Congress that would study procedures and work to improve the efficiency of the House, the use of technology in the chamber, along with staff recruitment.
The rules would also allow for bipartisan legislation to be called up from a “consensus calendar” if the legislation stalls in committee, the product of negotiations between Democratic moderates and House Minority Leader Nancy Pelosi.
As Democrats prepare an aggressive oversight agenda of the Trump administration, the rules would require each committee to submit an oversight plan to the House Oversight and Administration committees, a return to Democrats' rules from previous sessions of Congress.
They would also overturn a Republican requirement for members of Congress to be present for counsel-led depositions, which could expedite committee investigations when Congress is not in session.

Ashley Tisdale shares what it was like to star in the horror game ﻿’House of Ashes’
Manchin raises concerns over billionaires’ tax as Democrats scramble to close social spending deal
FDA panel greenlights COVID-19 vaccines for kids ages 5 to 11: Five things to know
FDA panel greenlights vaccines for kids, paving the way for authorization
Manchin speaks out about his tough bargaining with Biden, fellow Democrats
FDA panel meets on COVID-19 vaccine shots for kids under 12: Five things to know