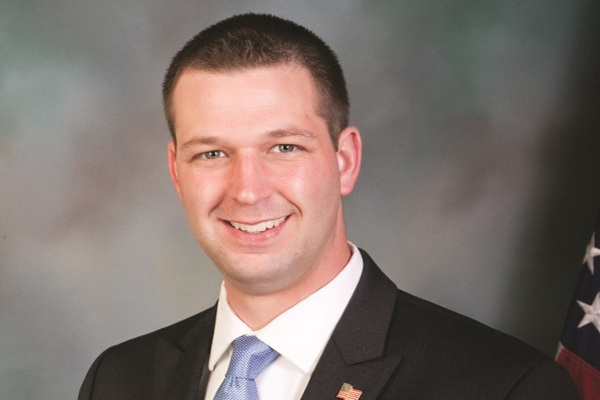 DuBois, PA – DuBois Central Catholic (DCC) School will recognize one of its own this Friday, Jan. 4, during a “Welcome Home” event for state Rep. Matt Gabler (R-Clearfield/Elk).

The program will begin at 1:15 p.m. in the high school auditorium, located at 200 Central Christian Road, DuBois.

Gabler, who was valedictorian of DCC’s 2002 graduating class, recently returned from spending nearly all of 2018 in the Middle East with the Pennsylvania Army National Guard. He was promoted to the rank of major during his deployment and sworn into office Tuesday to begin his sixth term in the state House, representing the residents of the 75th Legislative District.

Gabler attended Bucknell University in Lewisburg on a four-year Army R.O.T.C. scholarship and earned his Bachelor of Arts degree in political science in 2006 with a minor in physics. Upon graduation, Gabler’s commitment to serving others continued through his commissioning as a second lieutenant in the U.S. Army Reserve.

He served as commander of the Headquarters and Headquarters Detachment, 424th Multifunctional Medical Battalion before becoming a medical logistics officer with the Headquarters, 28th Infantry Division, Pennsylvania Army National Guard.

The public is invited to attend; however, seating is limited, and priority will be given to DCC students who are attending the event. Light refreshments will be served following the program.