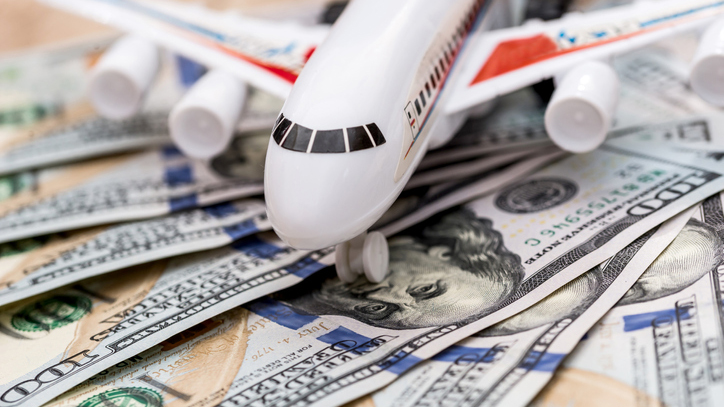 alfexe/iStock(NEW YORK) — Hong Kong-based airline Cathay Pacific confessed on Wednesday to a technical blunder that briefly allowed customers to purchase a round-trip business class ticket from Vietnam to New York for about $675, a more than 95 percent discount.
At least two airline blogs, One Mile at a Time and View from the Wing, pointed out the dramatically reduced fare on New Year’s Eve, suggesting it was a mistake by the airline and would not last.
The two blogs showed fares on their sites for the month of August — a round-trip itinerary from Da Nang, Vietnam, to JFK airport in New York, with a brief layover in Hong Kong.
Screenshots of the booking showed the total cost for one passenger of $674.63. The same business class fares were listed on Wednesday for about $16,000.
"Oh my goodness this is an amazing fare," wrote View From The Wing's Gary Leff on Dec. 31. "You can fly from Southeast Asia (Vietnam) to New York in Cathay Pacific business class from $675 roundtrip."
"[W]e don’t know for certain how Cathay will feel about such a deep discount airfare sale, whether they might get seller’s remorse," warned One Mile at a Time's Ben Schlappig. "I’d wait a few days after buying additional travel or making additional non-refundable plans around the fare."
Turns out, the lucky customers who bought the tickets won't need to worry and can go ahead and book their hotels. Cathay Pacific admitted they made a mistake but will honor the tickets that were sold. They have since restored the fare to the more usual rate of around $16,000.
"Yes – we made a mistake but we look forward to welcoming you on board with your ticket issued," the carrier tweeted on Wednesday.
The fortuitous travelers who bought the cheaper tickets will have the chance to fly Cathay Pacific's Boeing 777 or Airbus A350 in luxury, with fully reclining seats and enhanced entertainment and food options.

Vin Diesel gave Dwayne Johnson “tough love” when he joined the ‘Fast & Furious’ franchise
Elk County flags lowered in honor of PennDOT’s Timothy Fitch
New York City to honor pandemic heroes with ticker tape parade in July
Looking to finally get away? Netflix has your ticket with ‘The World’s Most Amazing Vacation Rentals’
Need to reach an airline? Prepare to wait on hold for hours
Guest of honor Jodie Foster to receive Honorary Palme d’Or at the Cannes Film Festival