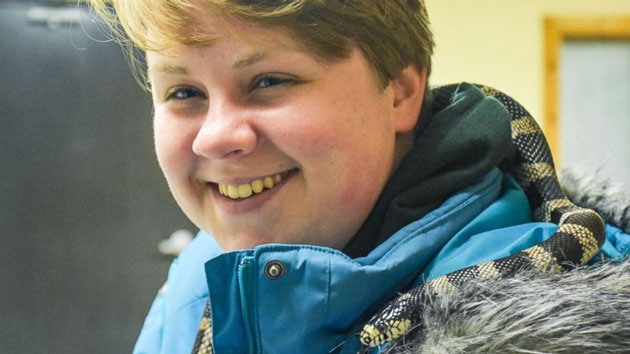 Courtesy family of Alexandra Black(BURLINGTON, N.C.) — "We have had a lion attack," a woman calmly told 911 when a young, newly-hired intern was mauled at an animal center in North Carolina.
The lion was contained, the caller told 911, but the victim was "incapacitated," according to the emergency call obtained by The News & Observer.
The deadly incident unfolded Sunday at the Conservators Center in Burlington when 22-year-old intern Alexandra Black was cleaning a lion enclosure with a husbandry team, the Conservators Center said in a statement.
The lion "had been locked into a separate holding enclosure" but "somehow managed to enter the enclosure" where the team was working, killing Black, the center said. No one else was hurt.
The lion, Matthai, was euthanized by first responders, the center said.
It was not immediately clear how the animal escaped. The state is investigating what happened.
Meanwhile, the center said its employees are "devastated" and "traumatized" by the death of "this vibrant, smart young woman."
Black had worked at the Conservator Center for just 10 days, her family said.
Black loved animals and "died following her passion," her family said.
"Our beautiful, intelligent, passionate Alex had worked, unpaid, at several animal-related ventures," her family said in a statement. "This was her fourth internship, because she really wanted to make a career of working with animals."
"She was a beautiful young woman who had just started her career," her family said. "There was a terrible accident, and we are mourning."
Copyright © 2019, ABC Radio. All rights reserved.