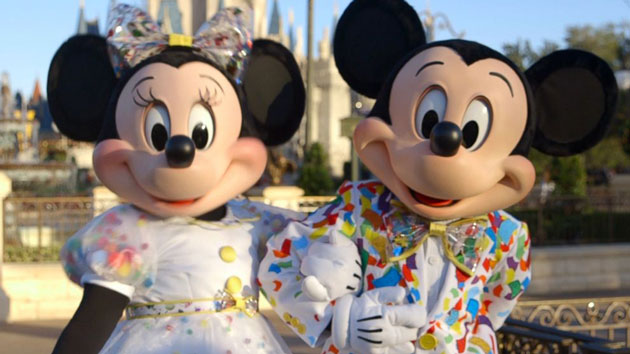 ABC News(ORLANDO) — With a new year comes new adventures at Walt Disney World!
Walt Disney World is known for bringing the biggest surprises and the most magical creations to its parks. Some of its biggest new additions in 2019 will include Star Wars: Galaxy's Edge, celebrations throughout Animal Kingdom for the 25th anniversary of "The Lion King" and Mickey and Minnie Mouse's fun new outfits!
Star Wars: Galaxy's Edge
One of the most highly anticipated attractions coming to Walt Disney World this year is Star Wars: Galaxy's Edge, which will open in Disney's Hollywood Studios in the fall of 2019.
From landing on the planet of Batuu to a wild ride to Black Spire Outpost, get ready to go on the most epic journey in the galaxy.
Jump to light speed on Millennium Falcon: Smuggler's Run. Guests will even get to pilot the Millennium Falcon themselves, and it's up to them to complete their mission.
"At the heart of this experience is really families of all ages experiencing 'Star Wars' the way they want to experience this fantastic story," Phil Holmes, vice president of Disney's Hollywood Studios, told "GMA."
Mickey and Minnie's new outfits
In November 2018, Mickey and Minnie Mouse celebrated their 90th anniversary. Walt Disney World is honoring everyone's favorite mouse duo with brand new colorful outfits.
When you see them around the park, or in the Move It! Shake It! MousekeDance It! Street Party, be sure to say hello.
"The Lion King" celebrates 25 years
Join the circle of life at Disney's Animal Kingdom this year, as they ring in the 25th anniversary of "The Lion King."
"We're bringing brand new experiences themed to 'The Lion King' to life, all throughout the park," Cesar Avila, marketing strategy manager at Walt Disney World, told "GMA."
"Right in front of the Tree of Life, we will have a new show called Hakuna Matata Time Dance Party, where you will be able to interact with [your] favorite characters from 'The Lion King,' like Timon and Pumbaa and Rafiki."
In addition to the new photo experiences themed to "The Lion King" that guests will be able to enjoy throughout the park, the Festival of the Lion King, which includes songs from the movie and live performances, is fun for the whole family.
The Walt Disney Company is the parent company of ABC News.
Copyright © 2019, ABC Radio. All rights reserved.