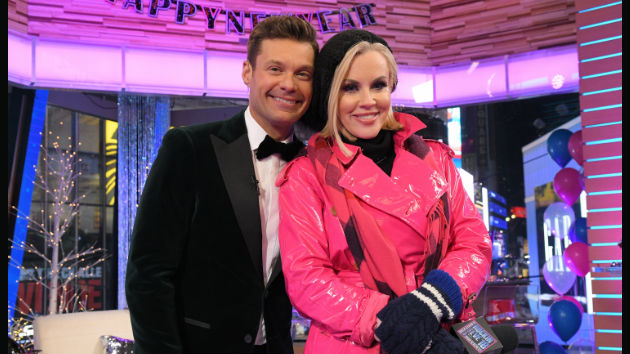 ABC/ Lorenzo Bevilaqua(NEW YORK) — Sure, there are various TV shows you could watch on New Year's Eve, but the one everyone seems to tune into, year after year, is Dick Clark's New Year's Rockin' Eve with Ryan Seacrest.

Now in its 47th year, the show gets underway tonight at 8 p.m. ET on ABC, and host Ryan Seacrest explains why so many people continue to make it a part of their celebrations.

"There’s so much history in watching New Year’s Eve, the ball drop, on ABC," Ryan tells ABC News. "Dick Clark — he built this, we grew up with it, and I think it’s become part of Americana. It’s part of tradition."

"Santa Claus is Christmas, the Easter Bunny is Easter, [but] Dick Clark really does own New Year’s Eve," she laughs. "And the fact that we got to carry on the tradition…– we’re so blessed."

But considering the show runs five-and-a-half hours, how do Ryan and Jenny keep their energy up?

"The energy’s easy…once you’re on, you’re on," Ryan explains. "It’s afterwards you realize how exhausted you are!"

"The crowd gives you that energy," Jenny adds. "And the weather wakes you up!"

‘Dune’ to have its world premiere at Venice Film Festival
Ryan Reynolds teams up with Match and out-of-work wedding singers to get you to “Get Back to Love”
“The Hustler,” “Holey Moley” kick off new seasons tonight on ABC
Anthony Mackie to host this year’s ESPY Awards
Scarlett Johansson says she spent “about 10 years just waiting” for the ‘Black Widow’ movie
Harris invites all female US senators to have dinner at Naval Observatory