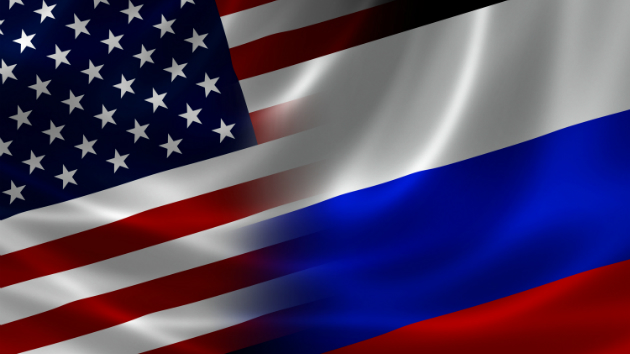 ronniechua/iStock(MOSCOW) — Russian authorities have detained an American citizen over accusations of spying, according to Russia's Federal Security Service (FSB).
In a short statement, the agency noted that the FSB detained a U.S. citizen named Paul Whelan in Moscow on Friday.
"On December 28, 2018, agents of the Federal Security Service of the Russian Federation in Moscow arrested the U.S. citizen Paul Whelan in the course of committing spy activity," Interfax's message reads.
The FSB so far has provided no other details.
"We are aware of the detention of a U.S. citizen by Russian authorities," the State Department said in a statement. "We have been formally notified of the detention by the Ministry of Foreign Affairs. Russia’s obligations under the Vienna Convention require them to provide consular access. We have requested this access and expect Russian authorities to provide it. Due to privacy considerations, we have no additional information to provide at this time."
Whelan’s arrest follows the case of Maria Butina, a Russian gun rights activist who pleaded guilty in a U.S. court earlier this month to acting as an illegal foreign agent leading up to and during the 2016 presidential election. The FBI accused Butina of trying to infiltrate the Republican Party and the American conservative movement, acting on behalf of a senior Russian banking official. Prosecutors said Butina had been seeking to influence Republicans into adopting friendlier attitudes toward Russia.
Butina’s case is seen as broadly connected to a wider Russian effort to meddle in the 2016 election with the goal of aiding then-candidate Donald Trump. The Special Counsel Robert Mueller is still investigating those efforts, but has already depicted an extensive campaign by Russian intelligence agencies and Kremlin proxies who sought to influence American voters and undermine the campaign of Trump’s opponent, Democrat Hillary Clinton.
Even before the allegations of election meddling, suspected spy incidents have been a frequent feature of U.S.-Russia relations. In 2016, a U.S. diplomat had to fight his way across the threshold of the American embassy in Moscow after a police officer outside tackled him to the ground in an attempt to prevent him from entering, breaking the diplomat's shoulder in the process. The U.S. said it was an unprovoked attack but Russia accused the man of being a spy.
In a prominent case in 2013, another diplomat, Ryan Fogel, was famously arrested wearing a conspicuous blonde wig. He was displayed on television by the FSB, who accused him of spying. He was expelled from Russia.
Copyright © 2018, ABC Radio. All rights reserved.