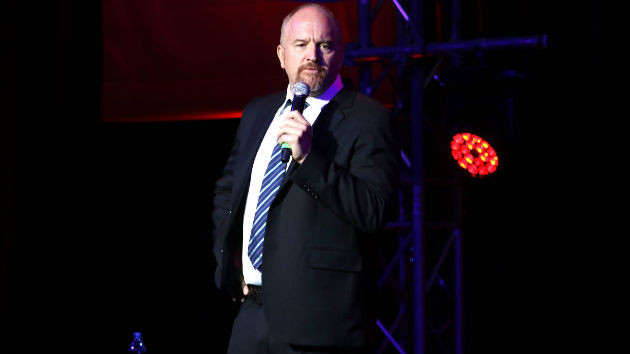 Laura Cavanaugh/FilmMagic(NEW YORK) — Louis C.K. has provoked outrage after a recent comedy set, leaked on YouTube, reveals he poked fun at school shooting survivors and those who identify as gender non-binary.

The embattled comedian, who was shunned last year after he admitted to repeated acts of sexual misconduct, has been slowly trying to reenter the comedy club scene in recent months. The leaked set was reportedly performed on December 16 at Governor’s Comedy Club in Levittown, NY.

C.K. begins the set by commenting on the rough time he’s had before launching into a series of controversial bits, one of which is aimed at the survivors of the Parkland shooting last February.

“You’re not interesting because you went to a high school where kids got shot,” C.K. says. “Why does that mean I have to listen to you? How does that make you interesting? You didn’t get shot. You pushed some fat kid in the way. Now I gotta listen to you talking?"

He also jabbed at young people today who are gender non-conforming.

“They tell you what to call them. ‘You should address me as they/them because I identify as gender neutral,’” he says, before mocking them with an obscene retort.

As for those who might be offended by his act, C.K. tells the crowd, “What are you going to do, take away my birthday? My life is over. I don’t give a s***.”

While the audience mostly laughed at his jokes, Twitter was not amused. Among the reactions: Judd Apatow tweeted, “This hacky, unfunny, shallow routine is just a symptom of how people are afraid to feel empathy.”

Fred Guttenberg, the parent of a Parkland victim, wrote, “Why don't you come to my house and try out your new pathetic jokes?”