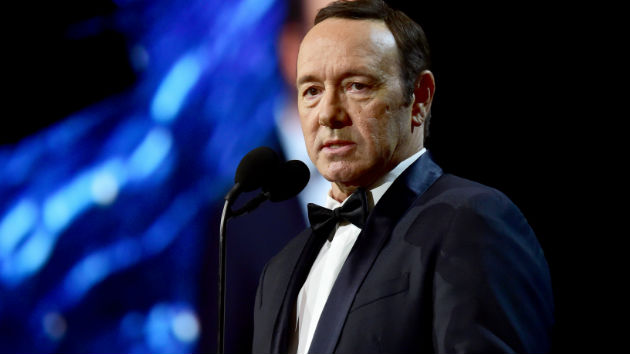 Frazer Harrison/BAFTA LA/Getty Images for BAFTA LA(BALTIMORE, MD) — Kevin Spacey was spotted in Baltimore on Sunday, ahead of his scheduled arraignment on a sexual assault charge in Massachusetts next week.

The disgraced actor was snapped by TMZ cameras delivering Domino’s pizza to paparazzi and sporting a “Retired since 2017” hat. Of course, 2017 was the year multiple people came forward to accuse Spacey of sexual misconduct, leading him to be dropped from various projects, including House of Cards and All the Money in the World.

Spacey is set to be arraigned on January 7 in Nantucket District Court in Massachusetts on a felony charge of indecent assault, stemming from a 2016 encounter with an 18-year-old man.

According to an affidavit filed Monday, Spacey says he wishes to enter a not guilty plea and wants to waive his right to be physically present at his arraignment.

“I reside out-of-state and believe that my presence will amplify the negative publicity already generated in connection with this case,” he says in the request.

Later on Monday, a judge denied Spacey's request to skip the arraignment.

As previously reported, on the same day he was charged, December 24, Spacey released a bizarre video titled “Let Me Be Frank,” in which he appears in character as House of Cards’ Frank Underwood and seemingly addresses the allegations against him.