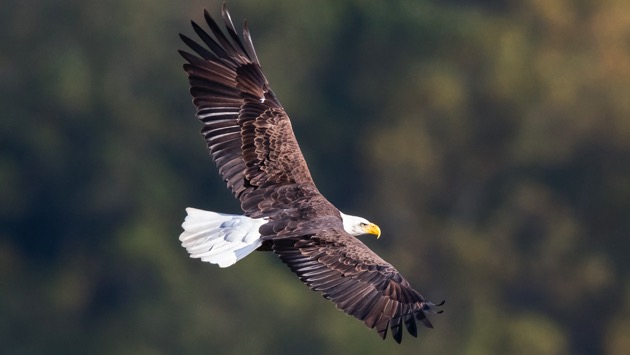 pchoui/iStock(ARLINGTON, Texas) — A bald eagle landed on a fan attending the Notre Dame-Clemson Tigers game ahead of the Cotton Bowl Classic over the weekend.
The eagle had been trained to fly around AT&T Stadium during the "Star-Spangled Banner" and then land on the field before the game kicked off. Instead, Clark the eagle landed in the crowd, CNN reported.
The American Bald Eagle entered the World Bird Sanctuary flight training program after the center discovered he could not be released into the wild due to deformity in the scales of his talons at birth, according to CNN. He has performed at other sporting events, but AT&T Stadium was the largest venue to host Clark, Cotton Bowl officials said.
No fans were injured during Clark's surprise landing.