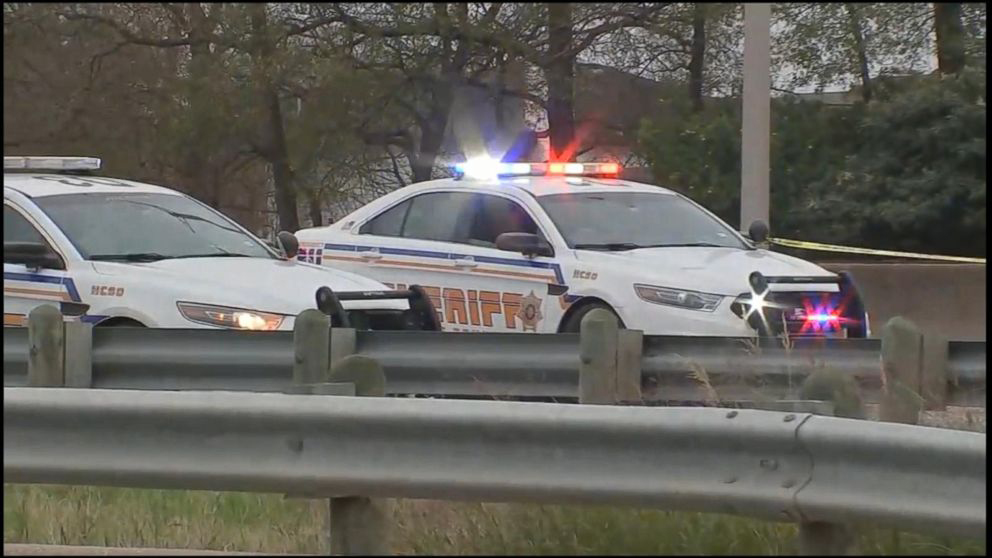 KTRK-TV(HOUSTON) — Police in Harris County, Texas, are continuing their search for the man who opened fire on a car full of children, killing 7-year-old girl Jazmine Barnes and injuring her mother, as the group made an early morning coffee run on Sunday.
"Our belief [is] that it was totally unprovoked," Harris County Sheriff Ed Gonzalez said of the shooting during a news conference Monday.
He added police were leaving "every motive out there" and trying to piece information together.
Jazmine's mother, LaPorsha Washington, 30, said from her hospital bed Monday that she and her four daughters, ages 6 to 15, had been looking for a coffee shop at around 6 a.m. on Sunday, Dec. 30. She said they had not been to Walmart, or to the store's parking lot.
As she passed the Walmart in search of coffee, Washington said she stopped the car at a red light and prepared to start moving when the gunfire began.
"Gunshots was fired into my car. … And then he didn't just stop there. He sped up in front of us and still continued to fire at us,” Washington told ABC News station KTRK-TV in Houston. “I have no tint on my windows. You can see directly in my car. He’s seeing five women in this car. Children in this car. Females, young children in this car and he intentionally fired off into my car and kept firing. He has no heart. He has no heart."
Jazmine, who was in the backseat with her two sisters, was killed around 6:50 a.m. and Washington was shot in the arm, police said. Several shots were fired but it is still unknown what kind of weapon the shooter used, police said Monday.
Gonzalez said there had not been any "linkages" at this point to Sunday's shooting and others that had occurred in the area previously.
Washington said when the shots began, she immediately tried to protect her oldest daughter who was sitting in the front passenger seat.
"I told everybody to get down in the car and I reached over to protect my oldest cause she was right next to me. The shots came through my window. It broke my glass. I don't even know how my baby got shot," she told KTRK-TV.
"She [daughter] said 'Mama, Jazmine's not moving. She's not talking,'" Washington told KTRK-TV. "I turned around and my 7-year-old was shot in the head. We didn't cut nobody off. We was not in Walmart parking lot. We did not stop at Walmart. The accusation of me getting into a confrontation at Walmart is all lies. I never stopped at Walmart."
Washington's 6-year-old daughter suffered glass-fragment injuries. The teens weren't hurt, but they were "shaken" and "devastated," authorities said Sunday.
The suspect was described as a bearded white man, possibly in his 40s, wearing a red hoodie and driving a four-door, red or maroon pickup truck, officials said.
Authorities urged residents and businesses to look at their surveillance systems to see whether their cameras picked up something to do with the shooting. The sheriff's office urged anyone with information to call 911, tweet at @CrimeStopHOU or call 713-222-TIPS.
"We need to make sure we get this killer off the streets," Gonzalez said.
Jazmine, a second-grader, was just months away from a February birthday.
"For this man to come out of the parking lot and fire all shots at me and my kids was totally wrong…We didn't do anything wrong," Washington said, through tears. "I need everyone to pull together to get justice for my child, because she did not deserve what happened to her. She was innocent. She did not deserve this."

Family of Florida Tech student fatally shot by officers wants answers on use of force
1 dead as car crashes into water near Niagara Falls
An Auburn student vanished in 1976. Now his car has been found
Man arrested for threatening to attack LGBTQ community with guns, bombs
Man arrested, charged in harassment case against Kim Potter judge
Omicron live updates: Minnesota man who became one of the first cases in US speaks out