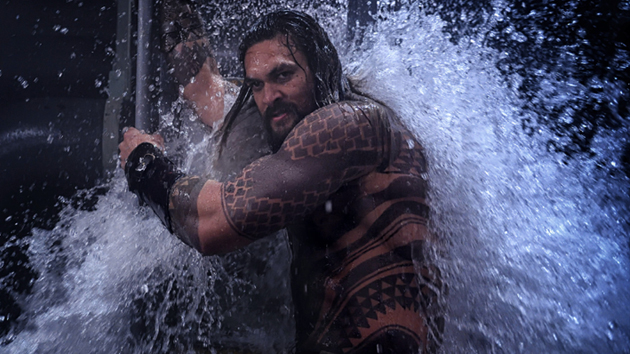 Aquaman topped the box office for the second week in a row, capping of a record-breaking year with an estimated $51.55 million three-day weekend.

The film has grossed more than $188 million stateside, which makes it the 11th biggest film based on a DC comic. Aquaman picked up an estimated $85.4 million overseas, bringing its worldwide total to upwards of $748 million.

Claiming second place was Mary Poppins Returns, picking up an estimated $28 million for the three-day, followed by Bumblebee, grabbing third place with an estimated $20.5 million.

Spider-Man: Into the Spider-Verse, which delivered an estimated $18.3 million between Friday and Sunday, sits in fourth place. The Mule rounds out the top five, earning an estimated $11.78 million.

Vice — Adam MacKay's biographical dramedy starring Christian Bale, Amy Adams, Steve Carell and Sam Rockwell — finished just outside of the top five, collecting nearly $8 million since opening on Tuesday. An estimated $7.79 million of that came over the three-day weekend. The film is already the highest grossing domestic release ever for its studio, Annapurna Pictures.

Will Ferrell and John C. Reilly's third outing as top-billed co-stars, Holmes & Watson — which opened to dismal reviews — finished in seventh place, managing an estimated $7.3 million between Friday and Sunday, and just under $20 million since its release on Christmas Day. That figure is far below the duos first two pictures — 2006's Talladega Nights: The Ballad of Ricky Bobby and 2008's Step Brothers, which opened with $47 million and $30.9 million, respectively.

Stan & Ollie — the biopic based on the comedy duo Stan Laurel & Oliver Hardy, starring Reilly and Steve Coogan — opened with an estimated $79,674 from five locations.

On the Basis of Sex, starring Felicity Jones, delivered an estimated $690,000 from 33 theaters, while Nicole Kidman's Destroyer picked up $58,472 from three screens. Both opened on Christmas Day.