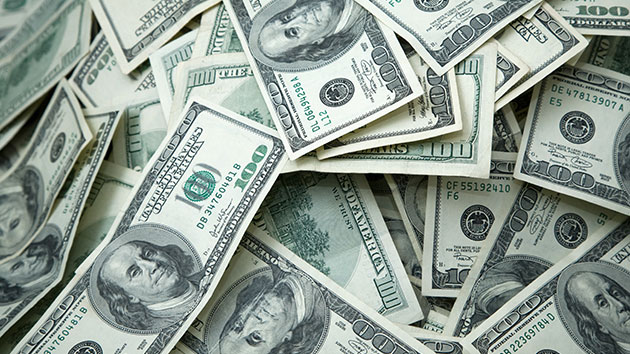 iStock(PLANTATION, Fla.) — A Florida man claiming to be homeless scammed shoppers outside a Target department store into giving him money — and then rewarded their generosity with $100 bills.
The heartwarming holiday campaign was an experiment launched by Plantation resident Brian Breach, as he explained in a Facebook video he posted on Christmas.
"Hi, my name is Brian Breach. And today, I’m going to be homeless. I woke up this morning and I saw a Christmas video of someone giving back, which is important to do, so I want to do the same. Whoever decides to help me feed my family will get a $100 bill, so they can spend it on theirs. Let’s see what happens."
He held a sign written with a black pen on a piece of brown cardboard that appeared to be torn from a box.
“Homeless: Just need a little help to feed my family through the HOLIDAYS,” the sign read, beside a sketch of a Christmas tree.
Breach explained to a man in a bright green T-shirt that he was “just trying to get some money to feed the family.” The man in the T-shirt handed him cash and started to walk away before Breach stopped him.
“Thank you so much. I appreciate it,” Breach said, and then casually employed his signature response: “Oh wait, just one more thing: Since you’re such a nice giver, this is for you for the holidays.”
The man in the T-shirt seemed overwhelmed, and said the experience turned him around about the less fortunate in his community.
“For the longest time, I thought to myself, I stopped giving people money and I said to myself, ‘You know what? I don’t care. I’m doing really, really well.’ And I’m gonna give this back," the man said.
Soon, another shopper’s generosity took hold. Breach explained his campaign, and handed out yet another $100 bill.
“Are you serious? Oh wow,” the person said.
Breach told ABC affiliate WPLG-TV that he dispatched $500 over the course of his experiment.
“I had a cup,” he said. “And anyone who gave me a $1 or $5, got a $100 in return.”
Copyright © 2018, ABC Radio. All rights reserved.