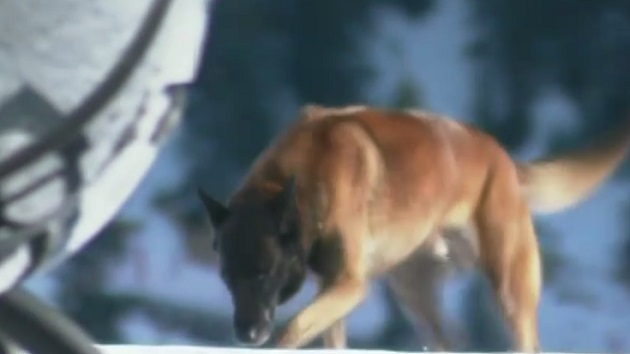 ABC News(LA PLAGNE, France) — A 12-year-old boy was saved by a rescue dog after being buried for 40 minutes under an avalanche in the French Alps.
The boy was skiing out of bounds at La Plagne with six other skiers Wednesday when the avalanche struck at an altitude of 7,875 feet, police told the Associated Press.
He was dragged some 300 feet down the mountain, engulfed in the wave of snow, officials said.
Rescuers carried out a desperate search to find the boy, including using a helicopter and rescue dogs.
After 40 terrifying minutes, the dogs found the boy.
The boy, who was not identified, was not injured.
He was taken to a hospital for a check-up, officials said.
The other six skiers were not hurt, either, officials said.
The boy's airways were not blocked by snow, allowing him to survive so long, police said.
Experts say the chances of surviving after 15 minutes are slim, and surviving 40 minutes was "miraculous."
“We can call it a miracle. A day after Christmas, there was another gift in store,” Captain Patrice Ribes said, according to the AP.