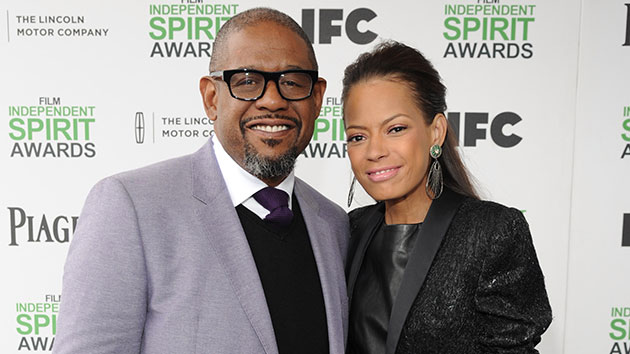 The couple has two daughters together: Sonnet, 22, and True, 20. Their other two children, son Ocean, 28, and daughter Autumn, 27, are from previous relationships.

Forest and Keisha met on the set of the 1994 film Blown Away, playing each other's love interest. They married two years later in Montego Bay, Jamaica.

The 57-year-old Oscar winner has a full slate of projects for next year, including the films Finding Steve McQueen, City of Lies, and a Christmas movie, Jingle Jangle. In addition, Whitaker is currently shooting a new TV series, The Godfather of Harlem, and has a recurring role in Empire.