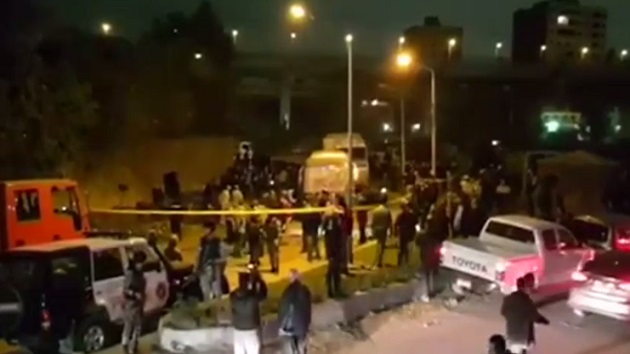 WABC(GIZA, Egypt) — Four people were killed and eight more were injured in an attack on a tour bus near the Giza pyramids, the Egyptian General Prosecutor’s office said Friday.
The bus, which was carrying 14 Vietnamese tourists, passed by a wall in which the bomb was hidden at around 6 p.m. local time, officials said. Three of the tourists died. Two Egyptians — the driver and the tour guide — were also on the vehicle. The tour guide was among the dead.
The attack occurred on a road near the Giza pyramids. Egypt's Prime Minister Mostafa Madbouly told reporters the bus had deviated from the approved tourist route.
Egypt’s tourism industry has struggled since the Arab Spring protests in 2011 and subsequent attacks.