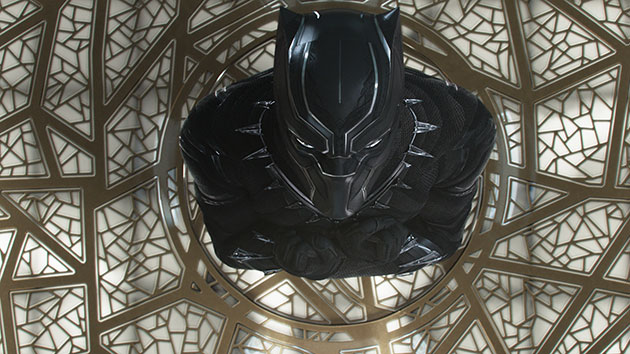 Marvel Studios/Disney(NEW YORK) — 2018 was a blockbuster year at the box office — even without a year-end Star Wars movie for the first time in four years.

By mid-December, the domestic box office racked up a whopping $11 billion, putting it on track to beat the current record of $11.4 billion set in 2016 and possibly reaching $12 billion before the year is out.

Marvel and Disney films accounted for a good part of that, with Black Panther, Avengers: Infinity War, Incredibles 2, Jurassic World Fallen Kingdom and Deadpool 2 being the year’s top grossers.

Another big story in Hollywood was the success of films like Crazy Rich Asians. The film — the first Asian-American-led studio release since 1993's Joy Luck Club — not only set a record for a movie featuring an all-Asian-American cast, but became the first romantic comedy to top the $20 million mark since Amy Schumer's Trainwreck in 2015.

It was also a record -breaking year for documentaries, led by RBG, a portrait of Supreme Court justice Ruth Bader Ginsburg, which has earned over $10 million so far, and the Fred Rogers biopic Won’t You Be My Neighbor?, which earned more than $4 million.

2018 also saw the return of Jamie Lee Curtis' Lauri Strode character in Halloween — the direct sequel to the original film, which debuted 40 years ago. It delivered the second best opening for an R-rated horror film, trailing 2017's It, on its way to grossing nearly $160 million stateside.

Lady Gaga made her big-screen debut in the critically-acclaimed fourth remake of the classic 1937 film A Star Is Born. The film, co-starring Bradley Cooper in his directorial debut, opened in October with a solid $41 million on its way to grabbing almost $200 million in the U.S. And Bohemian Rhapsody, chronicling the rock band Queen's rise to fame from the beginning through its historic 1985 performance at the Live Aid festival at London's Wembley Stadium, rocked the box office with a $50 million debut and has grossed over $183 million to date.

Here are the year's highest-grossing movies:

3. Incredibles 2 — The sequel to Pixar's 2004 blockbuster Incredibles set a record for biggest animated debut of all time in North America, with $182.7 million. As of December it had earned $608 million domestically and $1.2 billion worldwide.

4. Jurassic World: Fallen Kingdom — Superheroes weren't the only characters to rule the box office in 2018. Dinosaurs also reigned supreme as the sequel to 2015's Jurassic World — once again starring Chris Pratt and Bryce Dallas Howard — roared into theaters in June and crossed the $1 billion mark internationally a month later.

5. Deadpool 2 — Ryan Reynolds' second go-round as the wisecracking Marvel antihero failed to match the success of the first film, but still managed to rake in over $700 million worldwide, upwards of $300 million in the states.

On the other hand, the box office duds of 2018 included:

A Wrinkle in Time — Ava DuVernay’s adaptation of the classic Madeline L’Engle novel did manage to cross $100 million line. Unfortunately, it accomplished that on a $100 million budget — amounting to a money-loser for Disney.

Snatched — Amy Schumer’s comedy about a mother-daughter vacation gone wrong — which co-starred Goldie Hawn in her first big-screen role in years — earned only $45 million. Schumer's other 2018 release, I Feel Pretty, did only slightly better, delivering $48 million in the U.S., although it fared slightly better overseas.

Red Sparrow — Jennifer Lawrence re-teamed with her Hunger Games director Francis Lawrence to play a Russian seductress and assassin for this spy drama, but lightning didn't strike twice for the movie, which finished its run with only $46.8 million — Lawrence's lowest-grossing big-budget production yet.

Skyscraper — Starring Dwayne "The Rock" Johnson as a former FBI agent who stops at nothing to rescue his family from a fiery skyscraper while fighting off bad guys, this movie was a rare misstep for the WWE wrestler-turned-actor. It managed to bring in little more than little more than $67 million domestically against a production budget of $125 million. Luckily, it was able to pull in an additional $236 million overseas.

The Happytime Murders — This R-rated take on the Muppets franchise, starring Melissa McCarthy as a cop who investigates the multiple murders of puppets, wasn't a hit with fans, grossing just $26.5 million worldwide.

Disney is the parent company of Marvel, Pixar and ABC News.