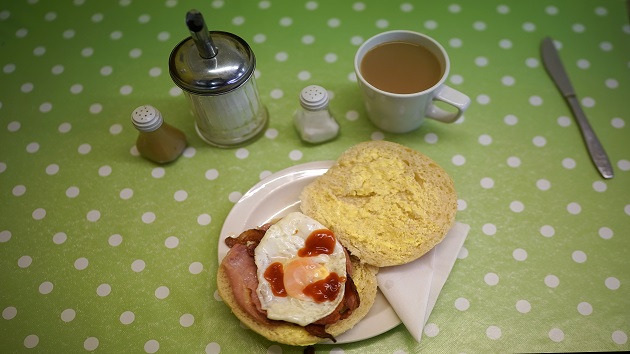 Christopher Furlong/Getty Images(NEW YORK) — Many people consider breakfast to be the most important meal of the day, and perhaps that's for good reason. Skipping it might increase your type 2 diabetes risk, according to a new review of several studies.
After looking at a total of six studies involving over 96,000 people — 5,000 of whom had already been diagnosed with type 2 diabetes — German researchers found that skipping breakfast for just one day of the week was associated with a 6 percent higher risk of developing diabetes. However, the risk went up with each additional day, peaking at a 55 percent higher risk of diabetes after skipping breakfast for four to five days each week.
Breakfast is meant to “break the fast” after a night of sleep, registered dietitian Dalina Soto told ABC News. When you eat breakfast, it jump-starts the body's metabolism and changes the way it uses sugar. Rather than storing sugar in fat cells, the body begins using it for energy. As this sugar passes through the blood, the pancreas begins secreting the hormone insulin, which regulates blood sugar. In daily life, these processes make it easier for you to manage your appetite and hunger levels throughout the day.
Both types of diabetes make it difficult for the body to control the amount of sugar in the blood. But for type 2 diabetes, the most common form of diabetes, the body develops a resistance to insulin. When left unchecked by insulin, blood sugar levels rise to abnormally high levels, putting the patient at risk for complications affecting the heart, nerves, eyes and kidneys — due to a condition known as hyperglycemia.
Previous research has found that obesity is a risk factor for type 2 diabetes. However, the meta-analysis found that a person's body mass index was only partly associated with diabetes risk in people who skipped breakfast. This suggests that there are other factors that play a role in diabetes risk, and that people of any weight might face an increased risk of diabetes if they skip breakfast.
Skipping breakfast has been linked to increased levels of cholesterol and inflammation in the blood, which can make the body more resistant to insulin and derail the body’s ability to regulate blood sugar, according to previous research.
When eating breakfast, consider a balanced meal that’s high in fiber and low in added sugars and processed meats. Soto suggested oatmeal with milk and fruit or a veggie omelet with a side of whole grain toast. These meals will keep you full for longer and Soto said they are the perfect balance of carbohydrates, protein and fresh produce.

Bumble gives all employees a paid week off amid reports of pandemic-induced burnout
At risk of falling short on vaccine goal, Biden marks new milestone: 300M shots under his watch
GM to increase electric vehicle investment to $35B through 2025
The COVID-19 virus can cause diabetes, new studies find
Consumer prices climb 5% in May, the largest 12-month increase since 2008
Why some develop type 1 diabetes after suffering severe COVID-19