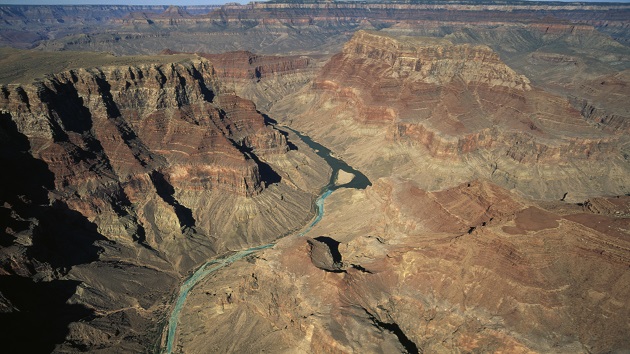 DeAgostini/Getty Images(SAN JOSE, Calif.) — A California teen was found dead after apparently falling some 700 feet from a cliff at Horseshoe Bend Overlook in Arizona, authorities said.
The girl’s family, from San Jose, reported the 14-year-old missing at 4 p.m. Monday, two hours after they last saw her, according to Coconino County Sheriff’s office.
A search team consisting of the Coconino County Sheriff’s office and Arizona Department of Public Safety (DPS) Air Rescue was dispatched and spotted the girl's body using a helicopter.
The team initially could not retrieve the girl’s body because of impending nightfall, but returned the next morning around 10 a.m., the sheriff's office said.
The girl's name was not released.
The sheriff's office said the girl's death appeared to be from an accidental fall, but her body was sent to medical examiner’s office for further study.
Copyright © 2018, ABC Radio. All rights reserved.