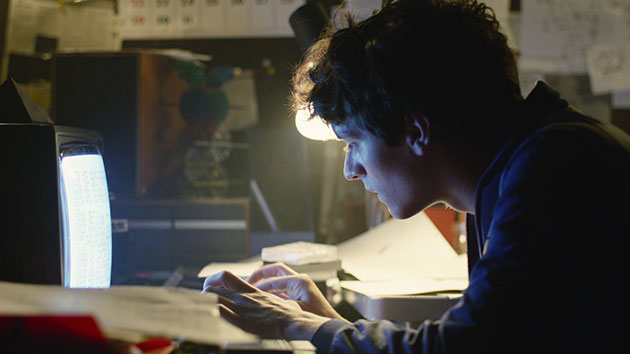 Netflix(NEW YORK) — Here's a late holiday present for Black Mirror fans. Netflix is dropping a stand-alone Black Mirror film tomorrow — and we've got the trailer for it now.

Titled Black Mirror: Bandersnatch, the movie's set at a computer video game company in the 1980s. Dunkirk star Fionn Whitehead is Stefan, a young coder who wants to develop a video game based on Bandersnatch, one of his favorite adventure novels. The trouble starts when a co-worker, played Will Poulter from We're the Millers, tells Stefan "a bit of madness" is what he needs to truly make the game special.

So Stefan, who's already taking some kind of mood-stabilizing meds, starts flushing them down the toilet — which is when the true madness begins.

Although Black Mirror's known for series episodes that run long enough to be movies themselves, Black Mirror: Bandersnatch is the first installment to be presented as an official, stand-alone movie.

A fifth season of Black Mirror is expected sometime in 2019.