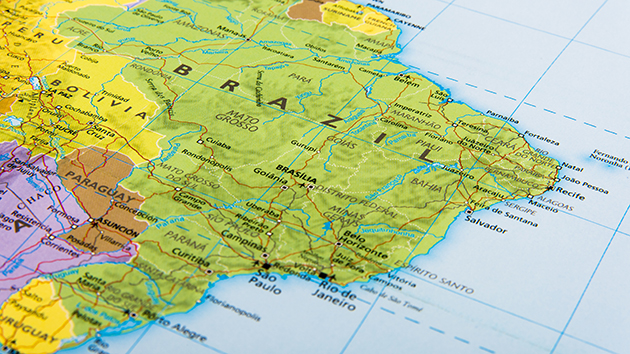 beyhanyazar/iStock(SÃO PAULO, Brazil) — Celebrity Brazilian healer “John of God” has been indicted for rape by deception and is accused of sexually abusing hundreds of women, according to the federal prosecutor’s office in the state of Goias.
The investigation into the sexual abuse allegations against John the God, whose real name is João Teixeira de Faria, began after police were approached by his latest alleged victim, the prosecutor’s office told ABC News on Wednesday.
The 39-year-old woman told police that on Oct. 24, 2018, Faria, 76, invited her into his office for a private session at the Casa de Dom Inacio de Loyola healing center in the town of Abadiânia. She says that once they were inside his office, he turned the lights off and abused her, according to the prosecutor’s office.
"Victims went to look for a cure. [John of God] took advantage of the situation by sexually abusing her," said Valdemir Pereira, the Goiás State police chief.
In a press conference, Pereira alleged that Faria’s “modus operandi” was to lure women into his office under the guise of a private session and then sexually abuse them.
Pereira added that Faria would offer women a gift after abusing them.
The allegations against Faria put him at the center of perhaps the biggest sex scandal to hit the country in decades, and some are even calling it the #MeToo equivalent for Brazil.
Nearly 600 female victims — ranging in age from 9 to 67 — have claimed they were sexually abused by the medium, according to the prosecutor's office, which added that four of the alleged victims are American.
Although a statute of limitations of six months gives prosecutors the ability to investigate only some of the women's claims, they said that they are asking all the women who say they've been victimized to come forward and tell their story.
On Wednesday, Faria gave new testimony in the city of Goiana. Afterward, Faria’s lawyer, Alberto Toron, told local TV station JA1 that Faria denied ever abusing any of the women who visited his center. He added that with regard to some of the women, Faria doesn’t even remember them.
If convicted, Faria could be sentenced to two to six years in prison.
Since 1976, the Casa de Dom Inacio has hosted a range of celebrities, professional athletes and public officials who sought to understand or experience the “spiritual surgeries” performed by Faria.
Copyright © 2018, ABC Radio. All rights reserved.