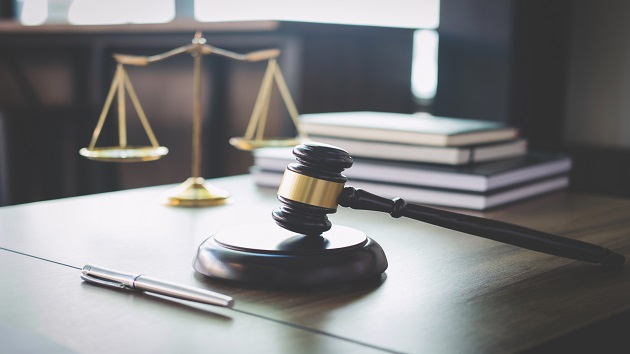 iStock/Pattanaphong Khuankaew(NEW YORK) — One of the five employees of Bernie Madoff convicted in a $20 billion Ponzi scheme is seeking early release from prison based in part on the new criminal justice reform law signed last week by President Donald Trump.
Annette Bongiorno, who was Madoff’s longtime secretary, has been in prison since February 2015 and asked the judge to order her release no later than March 2019, more than a year before her scheduled release date.
In a letter to U.S. District Judge Laura Taylor Swain, defense attorneys cited the First Step Act that they contend makes Bongiorno, 70, eligible for home confinement, since she is at an advanced age and has served two-thirds of her sentence.
"The new statute permits her to make a direct application to the court for this relief, and Mrs. Bongiorno respectfully makes the application," defense attorney Roland Riopelle wrote.
"She remains an 'old fashioned' family oriented person who would benefit greatly from the release to home confinement that the First Step Act provides," he wrote.
A spokesperson for federal prosecutors in the Southern District of New York was not immediately available to respond to a request for comment on Bongiorno's bid for early release. The office declined to comment to a similar request for comment by the Associated Press.
The First Step Act, which was passed with bipartisan support and signed into law by Trump on Dec. 21, offers a number of sentencing reforms as well as expanding job training programs.
Bongiorno was convicted in 2014 after a six-month trial during which she insisted she did not know her boss was running what is widely-seen as the biggest Ponzi scheme in American history.
Madoff, who is now 80, is serving a 150-year sentence following conviction on a fraud that was exposed a decade ago.
In his letter to the judge, Riopelle called Bongiorno a "model prisoner" who has served her sentence at FCI Coleman medium security prison in Sumterville, Florida, "without a disciplinary violation of any kind."
Riopelle said she was in decent health and in "generally good spirits" though finds the holiday season "a bit depressing."
Copyright © 2018, ABC Radio. All rights reserved.