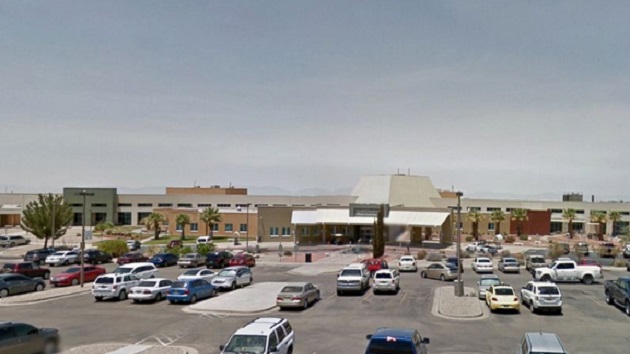 Google Street View(WASHINGTON) — An 8-year-old Guatemalan boy died while in U.S. Customs and Border Patrol custody after being treated for an undisclosed illness, according to the agency.
The boy, whose name is not being released, had been admitted into a New Mexico hospital and released, but then re-admitted again before dying shortly after midnight on Christmas morning.
This child's death is the second such instance this month, after a 7-year-old girl died in government custody.
The most recent case was announced via Customs and Border Patrol (CPB) press release on Christmas, hours after the boy's death. It is not known when or how the boy and his father, whose name was also not released, were apprehended by border patrol officers.
According to the CBP statement, a border patrol agent "noticed that the child showed signs of potential illness" on Dec. 24, and he and his father were transferred to Gerald Champion Regional Medical Center.
The boy was diagnosed with a common cold and had a fever, the release states. He was observed for 90 minutes before being released in the afternoon of Dec. 24 with amoxicillin and ibuprofen prescriptions.
The child became nauseous and started vomiting later that night and was transferred back to the medical center before passing away after midnight on Christmas, the release states.
The child's official cause of death is unknown and the CBP’s Office of Professional Responsibility will conduct a review, the release states.
This latest death comes less than three weeks after a 7-year-old girl died of dehydration and shock. That girl has since been identified as Jakelin Caal Maquin who had been traveling to the U.S. from Guatemala with her father as part of a larger group.
Their group was apprehended in a remote desert area near the New Mexico border in the evening of Dec. 6. In the early hours the next morning, when she was on a bus with her father headed to a base, she began throwing up, and when they arrived at the base about an hour and a half later, she wasn't breathing, Department of Homeland Security officials told reporters on a conference call.
She was treated by paramedics at the base and airlifted to a hospital where she died less than a day later.
Chris Rickerd, a senior policy counsel in the national political advocacy department of the American Civil Liberties Union, said that the latest death was a "horrible loss" that should raise larger questions.
"What is CBP doing to fulfill it's border security mission but not treat children and families as threats who have to be incarcerated and kept from treatment and trauma-informed counseling that they need?" Rickerd told ABC News.
"Jakelin dying so recently makes this an opportunity to think about what systemically is wrong with CBP," Rickerd said.
Though the details about the 8-year-old boy's involvement with border patrol as well as where and for how long he and his father were held remain unknown at this time, Rickerd said that most migrants are held in what are called 'hieleras' which is the word for 'icebox' in Spanish.
Rickerd said that the hieleras are known for having "improper sleeping conditions, crowding — which is particularly a concern with communicable diseases — and it's clear that these hieleras are completely unsuitable for children and families."
"How many deaths of children does it take for CBP to act and get children out of its custody rapidly?" he said.
Copyright © 2018, ABC Radio. All rights reserved.