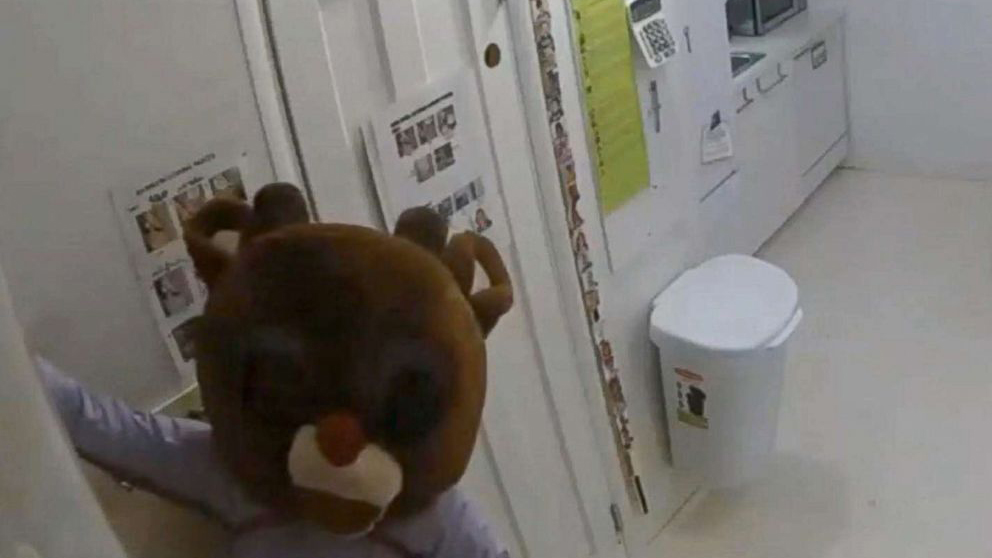 Fort Collins Police Department(DENVER) — One Colorado police department is refusing to let a Grinch steal Christmas… or anything else, for that matter.
Posting a surveillance video on its Facebook page, the Fort Collins Police is asking the public for help in identifying a burglar who broke into a store dressed as Rudolph the Red-Nosed Reindeer. In a bit of a festive twist, the department set the video to the tune of "Santa Claus Is Comin' To Town" and paired it with some rewritten holiday lyrics in the caption.
In the video, the unidentified woman, whose face is concealed by a stuffed reindeer head, broke into a business on Dec. 18 and stole several items, according to the Facebook post.
Unfortunately for the burglar, her mask falls off midway through the robbery, and she looks directly at the camera — an accident the authorities are hoping will lead to her arrest.
"Oh how the camera caught her, As she committed burglary, Rudolph the Red Nosed Criminal, We need your help with her ID," the police wrote in the post.
The store, located in the 300 block of Hick Street, is about an hour north of Denver, Colorado. The surrounding area of Fort Collins is home to the University of Colorado and dozens of local breweries.

What to know about Jessica Rosenworcel, who was nominated to become first woman to lead FCC
Gal Gadot teases that her children will make a cameo in the next ‘Wonder Woman’ movie
Florence Pugh explains why her ‘Black Widow’ character Yelena should be your Halloween costume
Family of Elijah McClain reaches settlement with Aurora, Colorado
Off-duty female NYPD officer charged with murder for shooting woman after finding her with partner, police say
FCCF Spooky Season Spectacular Car Cruise-In and Festival