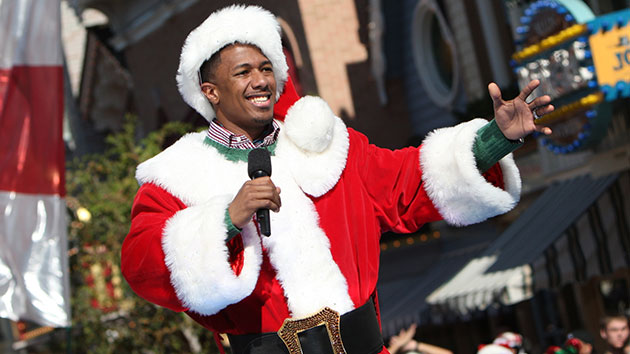 Paul Hiffmeyer/Disney Parks via Getty Images(NEW YORK) -- Nick Cannon is ready for the holidays.
Posted on December 24, 2018 by ABC News

After a busy 2018, Cannon says he's happy to settle down and celebrate the holiday season with family. But he tells ABC Radio that while he loves Christmas, he can definitely do without its red-suited mascot.

"There's only one St. Nick in this house. That's what I tell my kids," he laughs.

All jokes aside, Cannon, who has three young children — including seven-year-old twins, Moroccan and Monroe, with his ex-wife, pop superstar Mariah Carey and a young son with with ex-girlfriend Brittany Bell– says the holiday simply brings out the best in everyone.

"It's such a fun time. The holidays are so much fun," he says. "And all of my kids just have that jovial spirit especially around the holidays. Everything from caroling, to the classic Christmas movies, to the tree decorating. I'm a sucker for that."

He continues, "I'm such an angry intellectual when it comes to understanding, you know, the reason behind all of these holidays. But at the core of it I know they're for family and they're for kids and that's just where I allow it to be."

Jessica Biel hits back at critic who says she can’t “believably” be cast in a period piece
Tyrese says his “controversial” film ‘Rogue Hostage’ is “like ‘Die Hard’ inside of a grocery store”
Caitlyn Jenner says she wants to be ‘a thoughtful disrupter’ like Trump
At California’s Folsom Lake, a stark image of state’s drought disaster
Beech-Nut to stop selling a specific baby rice cereal because of arsenic levels found in some test samples
‘Blindspotting’: Jasmine Cephas Jones discusses the significance of showing a female POV navigating the prison system