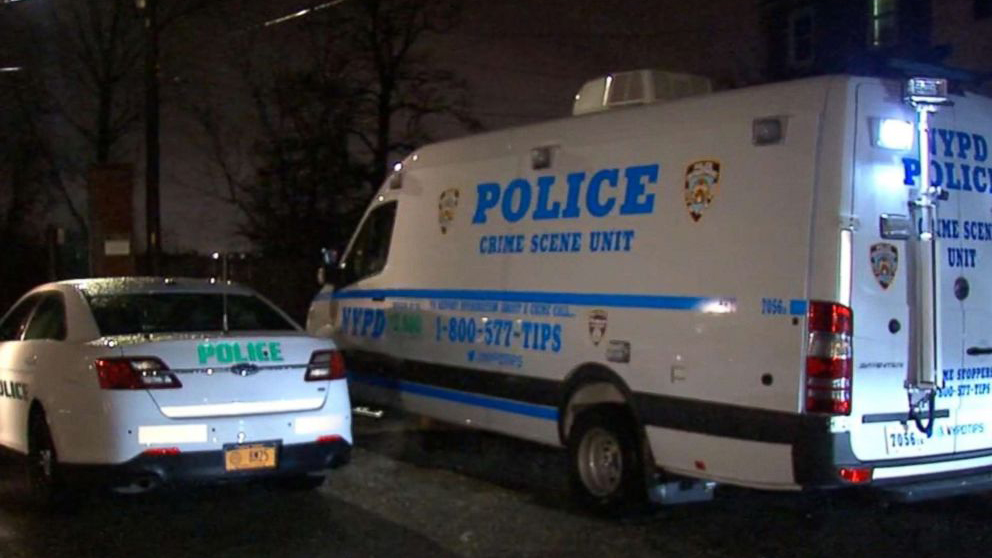 WABC-TV(NEW YORK) — A 14-year-old girl and a 15-year-old boy were among five suspects arrested in the killing of a man whose partially nude body was discovered in a New York City park, and investigators are probing whether the slaying is linked to the notorious MS-13 gang, officials said.
The body of Ian Cruz, 23, was found shot to death and clad only in underwear and socks on Dec. 15 in Bayswater Point State Park in the Far Rockaway, Queens, neighborhood of New York City, police said.
Cruz was shot multiple times in the head, police said.
New York City police arrested the five suspects after raiding an apartment they shared in Far Rockaway, officials said.
During the raid, police seized a .22 caliber handgun detectives suspect was used to kill Cruz, along with 900 rounds of live ammunition, officials told ABC New York station WABC-TV.
Investigators said the killing has all the hallmarks of an MS-13 style slaying and police said some of the suspects are alleged members of the gang.
While the names of the two juvenile suspects were not released, police identified the other suspects as Elmer Guttierez, 18, Yonathan Sanchez, 22, and Carlos Guerra, 18. They were all booked into jail on charges of criminal possession of a weapon.
In an exclusive jailhouse interview with the New York Daily News, Guttierez denied involvement in Cruz's killing and said he is not a member of MS-13.
"But the others? I really don't know," Guttierez told the newspaper.
Guttierez is being held in jail on $500,000 bail. The other suspects are being held without bail.
The gang's violent streak in the New York area and across the country has made them a target by President Donald Trump, who has said many members of the gang are immigrants from Central and South America.
In May, the White House sent an email to reporters under the headline, "WHAT YOU NEED TO KNOW ABOUT THE VIOLENT ANIMALS OF MS-13."
"President Trump's entire Administration is working tirelessly to bring these violent animals to justice," the email reads.
The email was sent out after Trump came under fire for statements he made during an immigration roundtable discussion.