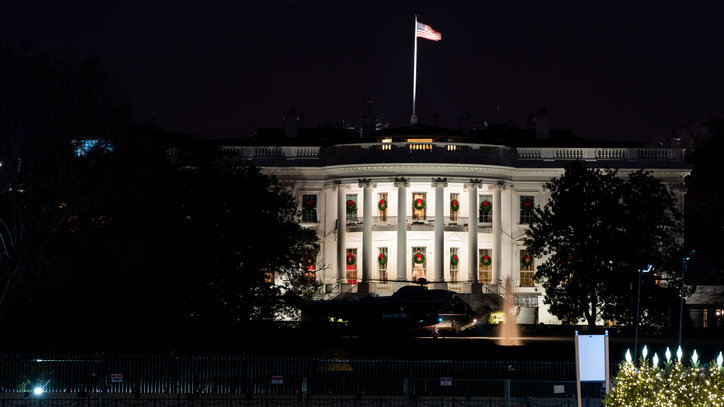 ablokhin/iStock(WASHINGTON) — President Donald Trump took to Twitter on Christmas Eve to air his grievances with some of the senior officials who have recently resigned from his administration, friend-turned-foe Sen. Bob Corker and the Federal Reserve, on a bad day for the U.S. stock market.
Trump met with Department of Homeland Security Secretary Kirstjen Nielsen about border security Monday afternoon on the third day of a partial government shutdown triggered over a fight with Democrats about billions of dollars in federal funding for a border wall.
With the House and Senate not scheduled to reconvene until Thursday, Trump called on Democrats to continue negotiations.
In another tweet, the president criticized outgoing defense secretary James Mattis, writing that Mattis did not see “substantially subsidizing” the militaries of other countries “as a problem.”
Trump announced on Sunday that Mattis, who submitted his resignation last week after Trump’s decision to pull American troops out of Syria, would be leaving the administration in January, rather than the end of February, as originally scheduled.
Four days ago, the president said Mattis “was a great help to me in getting allies and other countries to pay their share of military obligations.”
Trump also took aim at Brett McGurk, who was the American envoy to the anti-ISIS coalition, accusing McGurk, who clerked for the late Chief Justice William Rehnquist and served in the Bush and Obama administrations, of sending cash to Iran as part of the Iran nuclear agreement.
In 2016, McGurk was the Obama administration's top negotiator in a prisoner swap with Iran, which was executed as both countries agreed to a one-time payment of $1.7 billion for a decades-old arms deal that was never completed. In January 2016, the Wall Street Journal reported that McGurk was working on the prisoner swap, as well as making sure the payment cleared.
For a second consecutive day, Trump also criticized Sen. Bob Corker, R-Tennessee, accusing the retiring senator, who criticized the president in a Sunday show appearance, of approving the Iran nuclear deal.
Corker did not approve the agreement and voted against in the Senate. The White House has previously accused him of paving the way for the deal with the Iran Nuclear Agreement Review Act, which gave Congress the ability to block the deal. Republicans ultimately didn't have enough votes to block the Iran deal under the terms of that law.
On the worst Christmas Eve trading day for the stock market in history, Trump also criticized the Federal Reserve, following reports that he was considering firing Fed Chair Jerome Powell, who he nominated to run the central banking system.
Over the weekend, White House budget director Mick Mulvaney sought to calm the markets, saying that the president knew he couldn’t fire Powell in an appearance on ABC News’ “This Week with George Stephanopolous.”
Treasury Secretary Steven Mnuchin spoke to the leaders of the country’s six largest banks on Sunday while he was on vacation in Mexico, in an effort to calm the markets.
By the end of trading on Monday, the Dow Jones Industrial Average had dropped by more than 650 points.
On Monday the president was also briefed on North Korea, and said he looks forward to another summit with North Korea dictator Kim Jong-un.