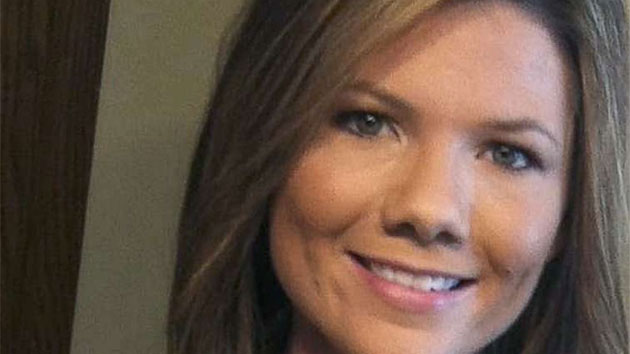 Woodland Park Police Department(DENVER) — The search for a missing Colorado mother who police suspect was killed by her fiancé has turned up evidence in Idaho, some 700 miles from her home, officials said.

The last confirmed sighting of Kelsey Berreth, 29, was on Thanksgiving Day, when surveillance cameras videotaped her going into a Safeway supermarket near her home in Woodland Park, Colorado, with her 1-year-old daughter, police said.

The Twin Falls, Idaho, Police Department said in a statement that its officers helped serve search warrants over the weekend connected to Berreth's disappearance.

On the same day Berreth's cellphone pinged in Idaho, her employer, Doss Aviation, in Pueblo, Colorado, received a text message presumably from Berreth stating that she would not be able to work the following week, police said.

Details of what led police to arrest Frazee have not been disclosed. Affidavits in the case were sealed by the court, prosecutors said.

Frazee told police that he met up with Berreth on Thanksgiving Day to pick up their daughter.

Berreth's mother, Cheryl Berreth, reported her missing to the police on Dec. 2.

Police no longer believe Kelsey Berreth is alive, officials said. The crime may have occurred at her home, police said.

Under Colorado’s solicitation statute, a suspect would have not only discussed the commission of a crime with a second person but would have taken steps to see it through, according to District Attorney Dan May of Colorado’s 4th Judicial District.