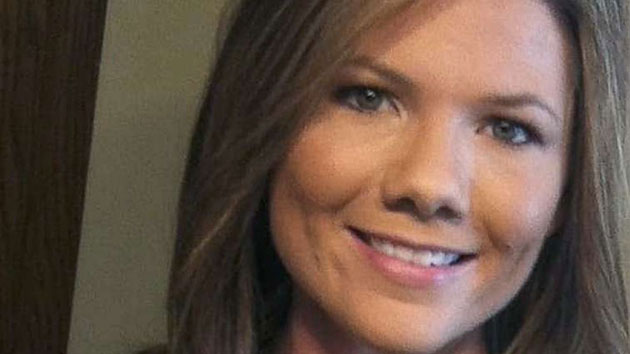 Woodland Park Police Department(MOSES LAKE, Wash.) — Churchgoers in Washington state gathered Friday night to remember Colorado mother Kelsey Berreth, hours after her fiancé was arrested and accused of killing her.
Berreth grew up in Moses Lake, Washington, where she worshiped at Moses Lake Seventh-Day Adventist Church, ABC Spokane affiliate KXLY-TV reported.
Her hometown gathered there Friday night to remember her.
"Everybody is devastated," parishioner Sandy Larsen told KXLY-TV. "We don't know what to do, so we came together to pray for her family tonight so that God would just be with them, comfort them."
"They were just a loving family, and they were an integral part of our church," Larsen added. "Everybody loved them, and everybody loved Kelsey. We just watched her — she matured through the years, turned into a beautiful young lady."
Berreth, a 29-year-old mother of a 1-year-old girl, was last seen on Thanksgiving in the area of her Woodland Park home. Her body has not been recovered.
Berreth's fiancé, Patrick Frazee, was arrested for first-degree murder and solicitation to commit first-degree murder Friday morning, nearly one month after Berreth vanished, police said.
Berreth and Frazee's baby is in protective custody and will be reunited with Berreth's family, police said.
Frazee made his first court appearance Friday afternoon via video, according to ABC Denver affiliate KMGH-TV. Berreth's family did not attend.
Frazee is being held without bond pending his next court appearance, set for Dec. 31, KMGH-TV reported.
Copyright © 2018, ABC Radio. All rights reserved.