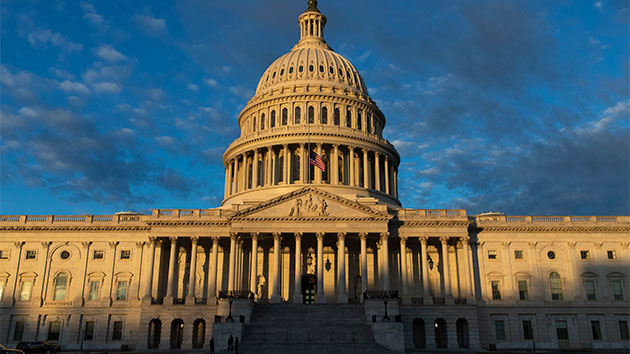 They are security officers in some of America’s most treasured museums, maintaining vigilance and ensuring visitor safety at a tense time in the nation’s history. They are federal corrections officers and Forest Service firefighters and National Weather Service forecasters and members of the Coast Guard.

And for the foreseeable future, hundreds of thousands of them are out of luck.

Roughly 420,000 federal employees will work without pay this week as the shutdown continues, and as many as an additional 380,000 will be furloughed, possibly indefinitely, according to some congressional estimates.

Late Saturday afternoon, legislators in the U.S. Capitol adjourned for the holidays without reaching a deal to re-open the partially-shuttered federal government. They will not return until after Christmas, leaving federal employee families across the country wondering what comes next.

The shutdown "could be devastating for the men and women who keep our federal buildings safe and clean,” said 32BJ Service Employees International Union (SEIU) Vice President Jaime Contreras.

“32BJ members cannot afford interruptions to their weekly paychecks, especially in the middle of the holiday season.”

Across the nation, anxiety is rising among hundreds of thousands of federal employees caught in the jaws of an unpredictable government shutdown with no clear end in sight.

But don’t call it a shutdown. Call it a “lapse.”

That’s the official language released by the White House this week in a four-page contingency plan that spells out the contours of every last lump of coal the shutdown will be delivering to federal employees in the days and possibly weeks ahead.

In a lapse, all pre-scheduled, paid leave and other paid time off is cancelled — including so-called “use-or-lose” leave that many workers end up with at the close of a busy year.

And if you are called in to work during the shutdown, or to work a national holiday like Christmas or New Year’s Day, you don’t get paid until the shutdown ends and Congress passes legislation to fund those paychecks.

That’s because Barrett is what the government deems an “essential” employee.

And according to the rules, any planned leave by an essential employee is canceled and employees are expected to report to work.

That irks Barrett, who is also the president of his local union, known as local 3951.

“I’m not really happy…For the government to play with our lives like that, it’s not fair.”

Many employees and contractors will be paid up until that point in January because the government operates on a delayed pay schedule, said Ashley De Smeth, a spokeswoman for the American Federation of Government Employees.

But after that, workers will have to wait for Congress to pass legislation to provide back pay.

And with the post-holiday credit card bills beginning to come due next month just as paychecks could be drying up, typical holiday season stress could be exacerbated by extreme financial uncertainty.

“Not being able to pay our bills or put gas in our car – or having to carpool -– it’s very stressful,” Barrett said.

But despite the cold shoulders from lawmakers and the president, some Americans are still looking out for the tens of thousands of federal employees heading into this holiday season with one eye on their wallets.

Celebrity chef Jose Andres – who owns numerous high-end restaurants in the Washington D.C. area, announced on Twitter on Friday morning that he is willing to step up and help out until the government gets back on its feet.

“I will offer again Free Sandwiches to the poor men and women of the federal government, republicans and democrats, at every restaurant of mine in DC for lunch until they paid again!”