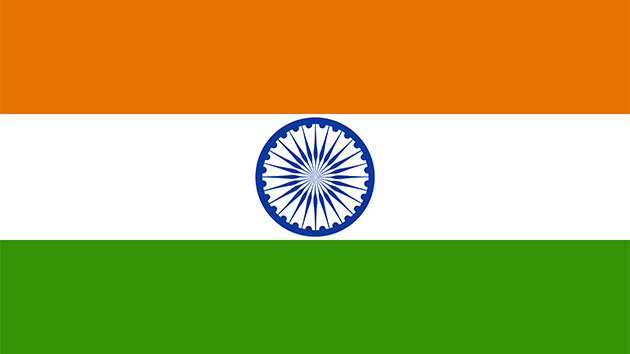 flowgraph/iStock(NEW YORK) — On the sixth anniversary of the 2012 gang rape and murder of Jyoti Singh, which sparked mass protests against misogyny across the whole of India, a three-year-old girl was hospitalized after allegedly being raped by a neighbor in Delhi.

The accused person who is a resident of the same locality has been arrested. Delhi Police is carrying out expeditious investigation. Medical aid is being provided to the victim and as per doctors her condition is stable. Necessary help is also being provided to victim's family.

The man has been arrested and is in police custody, but the girl herself remains in the hospital. The horrific incident last Sunday, Dec. 16, leaves major questions as to how far India has come in tackling its historically twin taboos: child exploitation and sexual violence.

Swati Maliwal, the chairperson of the Delhi Commission for Women, drew a direct parallel to the incident involving Singh six years ago.

“On this very night, 6 years back Nirbhaya was brutally raped,” she said on twitter. “Nothing has changed. Until swiftness & certainty of strong punishment is ensured, nothing will change!”

Really troubled. Been more than 2 hrs. The girl is still in the Operation Theater. Her mother is inconsolable.
On this very night, 6 years back Nirbhaya was brutally raped. Nothing has changed. Until swiftness & certainty of strong punishment is ensured, nothing will change!

The word “Nirbhaya,” which is Hindi for "the one without fear," refers to the brutal rape and murder of Jyoti Singh, 23, who was killed on Dec. 16, 2012. Five of the men convicted of the rape of Singh were sentenced to death, while a sixth, who was a juvenile at the time, was given a prison sentence. After the event, thousands of people took to the streets in Delhi to protest against the crime that shocked the nation.

In 2015, British journalist Leslee Unwin released a documentary on Singh's case, called "India’s Daughter." She told ABC News that although the protests that followed the rape and murder of Singh “filled her with hope,” the sentiment ultimately proved to be short-lived.

“To date, I still haven’t seen anything like [the protests],” she told ABC News. “What I didn’t realize at the time, though, was how meaningless that was going to prove. Here were hundreds of thousands of people saying, ‘We will have no more of this.’ The fact that it continues relentlessly with no abating whatsoever, that should make us appalled.”

Unwin, who interviewed the convicted rapists for the documentary, said that the perpetrators rationalized the crime using phrases such as “boys will be boys” and the victim “was asking for it.”

“The lawyers had exactly the same view,” she said. “And for me, that was the biggest eye-opener when making the film.”

Despite having secured the consent of police officers to be interviewed before the documentary, India’s Daughter was banned in India on the grounds of a statute “citing a breach of law and order,” Unwin said.

After the rape of Singh, the government passed legislation to modernize the law. Police are now legally obliged to report incidents of rape, and since 2012, there has been a significant increase in the number of victims coming forward.

“The Nirbhaya case struck a chord because of the sheer savagery of the attack, and because Delhi’s middle classes could relate to Jyoti Singh: a student traveling back from watching 'Life of Pi' at one of the city’s many malls,” Dr. Elizabeth Chatterjee, professor of political science at Queen Mary University of London, told ABC News. “For too long, discussing sexual abuse has been taboo in India.”

“India’s creaking and overburdened criminal justice system is slow to change. Though police are now legally obliged to record rape accusations, in many areas they remain reluctant to investigate,” Chatterjee said. “New fast-track courts to prosecute rape cases have become bogged down in the same old problems of understaffing, witness intimidation and long waits for forensic evidence. By the end of 2016, the National Crime Records Bureau found a backlog of more than 133,000 rape cases. One study calculated the backlog of child sex abuse cases alone would take two decades to clear.”

The feminist Indian writer Deepa Narayan, author of "Chup: Breaking the Silence About India’s Women," says that even though reports of rape have increased, conviction rates have remained the same. She wrote in The Guardian in April of this year that “India can arguably be accused of the largest-scale human rights violation on Earth: the persistent degradation of the vast majority of its 650 million girls and women.”

“Since the Nirbhaya rape, reporting of rape has gone up in Delhi and in surrounding states,” she told ABC News. “The Nirbhaya Effect, based on the official National Crime Bureau Report, [shows] there was a 33 percent increase in 2016 as compared to 2005 to 2012. But the statistics on convictions have not changed, ranging between 24 percent [and] 29 percent. Rapes continue and fear of safety among girls and women is even more acute than before.”

“The #MeToo movement has cracked open the pretense that all is well with gender relations in the educated urban classes,” Narayan said. “Although there is some attempt to push back against the movement, the reality is that a tsunami cannot be controlled or pushed back.”

The problems of violence against women and child exploitation are inextricably linked. Around 240 million Indian women were married before the age of 18, according to the BBC. Nirbhaya triggered a national conversation over the need to change attitudes toward both rape and child abuse.

“After the Nirbhaya case there has been a big shift in public opinion,” Javier Aguilar, chief of child protection at UNICEF India, told ABC News. “More and more people are able to talk about sexual abuse, even in rural areas. There has been a big transformation in the way this is being discussed.”

Yet, while public attention is often drawn to high profile cases of “exceptional circumstances,” the vast majority of abuse is committed by family and people close to them, Aguilar said. “Where the taboo lies now is there is not a recognition that this can happen in any place — whether you are in a top boarding school or a very low caste family.”

But merely discussing the problem is not a solution. UNICEF’s analysis of police data shows that only 11 percent of the open cases of child rape in 2016 (57,754) have been disposed within the one-year time limit required by law and only 29.6 percent of the disposed cases led to convictions.

Aguilar believes that not enough has been done to tackle child abuse in two critical ways.

“There is not yet a breakthrough at two levels. The first is that there is not sufficient prevention yet. In schools, it is still very difficult to talk about sexuality. The best prevention for a child is to be aware of what can happen to them and how to keep themselves safe.”

The second is the overemphasis on punishing the perpetrators of sexual violence, Aguilar said.

“Where we need to do far, far more is in helping the victims of sexual violence in healing and recovery,” Aguilar said. “The systems to support the victims are really insufficient.”

It could not be more significant that the latest incident to make headlines happened on the anniversary of Nirbhaya. While a national conversation is now taking place and highlighting individual incidents is important, the reality is that nationwide change is slow and the problems remain as glaring as they were six years ago.