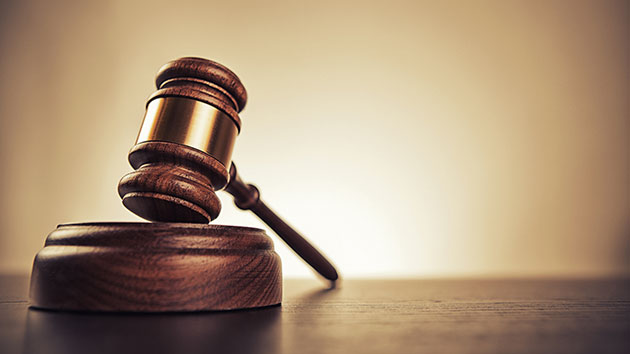 iStock(DENVER) — Chase Bishop was already guilty of poor judgment on the dance floor, but on Friday the FBI agent pleaded guilty to a misdemeanor assault charge in order to avoid jail time.
Bishop was off duty at a Denver bar in early June when he attempted a back flip while dancing and his service gun fell out of his waistband and landed on the ground. As Bishop went to pick up the gun, he accidentally fired a shot. The bullet hit an onlooker — Thomas Reddington, 24 — in his left leg. He was not seriously injured.
The defendant pleaded guilty to third-degree assault, which is a Class 1 misdemeanor, and was immediately sentenced to two years’ probation. Under the plea agreement, the more serious charge of second-degree assault was dismissed.
Bishop reported to probation Friday and was released.
Under this agreement, he also had to pay to the victim's assistance fund, victim compensation fund, court costs and other administrative court fees. He also had to pay a $1,200 probation supervisor fee.
He originally pleaded not guilty to the second-degree assault charge on Nov. 8.
The 29-year-old Bishop works out of Washington, D.C., but was at the Mile High Spirits Tasting Room in Denver when the accident occurred. He had not been drinking at the time, as his BAC returned 0.00, according to court records.
Copyright © 2018, ABC Radio. All rights reserved.