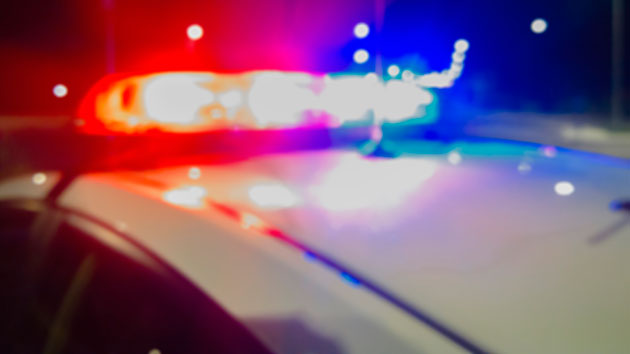 iStock(MIAMI) — The family of a woman who was killed while on vacation in Costa Rica last month are suing Airbnb and the resort where she stayed.
Carla Stefaniak, who lived in Miami, was found dead Dec. 3 after she was last seen on Nov. 27 — the night before her birthday. She had traveled to San Jose, the capital of the Central American country, to celebrate her 36th birthday with her sister-in-law.
Bismarck Espinoza Martinez, 32, a security guard at Villa Buena Vista, was arrested for Stefaniak's murder.
"He wasn't legally authorized to work. Yet, nevertheless, he was given his own apartment there on the grounds, an apartment that was coincidentally directly next to Carla's rented villa," the family's attorney, Jeffrey Gordon, told Tampa ABC affiliate WFTS-TV.
The lawsuit was filed Thursday in Hillsborough County, which includes Tampa, Florida, where her parents live.
The suit accuses the resort of negligence over the suspect's hiring and retention. The lawsuit makes the same claims against Airbnb, and specifically names a number of executives of the company, including Airbnb Global Head of Trust and Risk Nick Shapiro.
Villa Buena Vista, the resort where Stefaniak stayed, uses Airbnb to promote its properties and rent out villas.
"Defendants, Airbnb and Villa Buena Vista, negligently failed to perform any kind of background check or otherwise take any measures to determine whether Martinez was fit for the officiality and authority and power and control provided to him," the lawsuit states.
Stefaniak's body was found partially nude and decomposing, wrapped in plastic bags, in the woods near the villa she rented. According to an autopsy, she died of blunt force trauma to the head and was stabbed in her neck.
Officials said earlier this month that a preliminary assessment indicated the killer's motivation was sexual, but additional tests were being conducted.
The lawsuit also states multiple people were likely involved in "removing and disposing Carla Stefaniak's body from the Airbnb villa." No one else has been arrested in the case besides Espinosa.
"The harm to Stefaniak caused by Martinez was a foreseeable and well-known hazard of the industry," the lawsuit states.
Airbnb said in a statement to WFTS-TV: "Our hearts are broken for Carla’s family, friends and loved ones. We reached out to provide support to them during this unimaginably difficult time. We have also been in contact with Costa Rican and American law enforcement authorities, and we are standing by to support their investigation, as justice must be served quickly. The Villa Le Mas has been removed from the platform."
The lawsuit says the plaintiffs — Stefaniak's brothers Mario and Carlos Caicedo Jr., who manage the family's estate — are seeking "in excess of $15,000."
"As a direct result of conduct described herein, the estate has suffered loss of net accumulations, and the statutory survivors have suffered the loss of support and services and mental pain and suffering as a result of the injury and death of their child," according to the filing.
Carlos Caicedo Sr., Carla's father, told WFTS-TV he can't shake the image of his daughter's brutalized body in a Costa Rica morgue.
"I have to tell you that I'm going to lose the two loves that are part of me. My mom is so sick," he said. "She is so sick. I'm going to lose the two loves, big loves of my life — my mom and Carla."
Copyright © 2018, ABC Radio. All rights reserved.