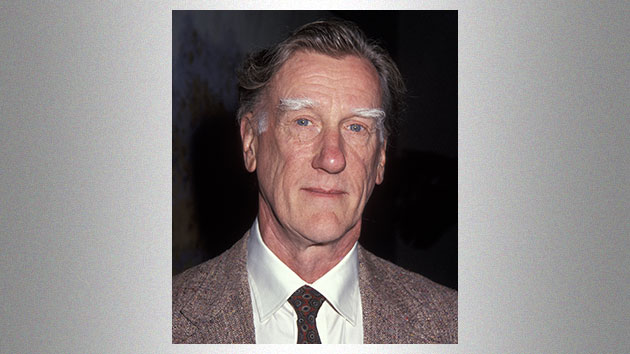 Jim Smeal/WireImage(NEW YORK) — He was one of those actors whose face was instantly recognizable, even if you didn't know his name.

Donald Moffat has died. With over 200 film and TV credits to his name, Moffat was a familiar face over decades as an actor, mostly in secondary roles. The British-born actor is perhaps best-remembered for playing the U.S. president opposite Harrison Ford in the 1994 movie thriller Clear and Present Danger.

Other notable film appearances include the 1982 remake of the science-fiction horror classic The Thing, opposite Kurt Russell, and as former President Lyndon Johnson in 1983's The Right Stuff. Moffat also had dozens of critically-acclaimed stage roles to his credit.

His daughter tells The New York Times her father died Thursday of complications from a stroke. Moffat was 87.