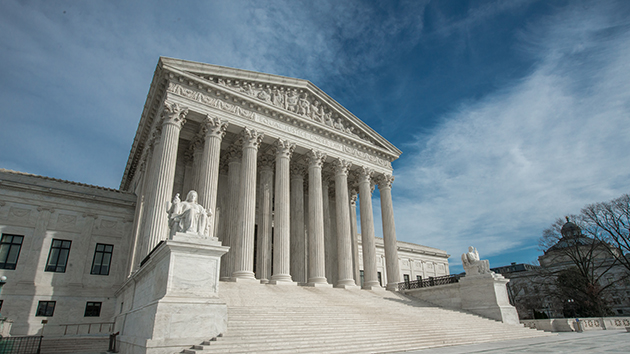 dkfielding/iStock(WASHINGTON) — The U.S. Supreme Court denied a request by the Trump Administration to immediately enforce President Trump's ban on asylum for immigrants who illegally cross the U.S.-Mexico border.
The emergency application was filed to the court on Thursday night, asking for a federal appeals court's injunction to be lifted. That injunction, according to Solicitor General Noel Francisco, "virtually guarantees that the harms the rule addresses will continue to occur during litigation."
On Friday, the court voted 5-4 against that request, meaning immigrants who cross the border illegally can continue to apply for asylum. Justices Clarence Thomas, Samuel Alito, Neil Gorsuch and Brett Kavanaugh dissented, and would have allowed the administration to begin enforcement of the president's order immediately.
President Trump signed an executive order last month that would have ended asylum applications for those who crossed the border illegally. Shortly after it was signed, a federal appeals court judge in San Francisco declared that the order "irreconcilably conflicts" with the "expressed intent of Congress" in federal law.
Copyright © 2018, ABC Radio. All rights reserved.