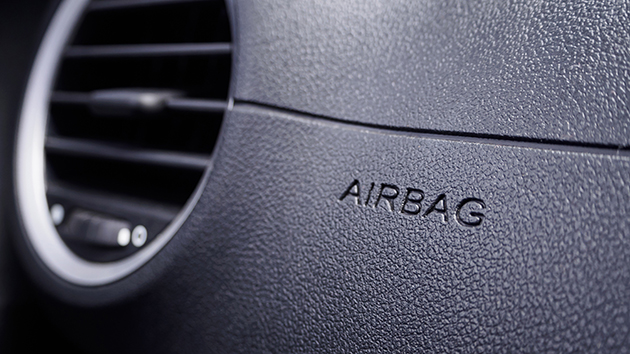 Kwangmoozaa/iStock(NEW YORK) — The National Highway Traffic Safety Administration released an update on Friday regarding the recall of faulty Takata air bags, noting that nearly one-third of the affected air bags have not been replaced.
NHTSA says that repair rates among the recalled air bags increased by 30 percent in 2018. Still, nearly 17 million of the 50 million air bags could still be on the road. That despite a recall that has been ongoing for years.
Next year, ten million more air bags will be added to the recall list due to their age.
The report does note that many automakers have improved their recall repair efforts this year, including increased outreach to affected vehicle owners.
The Takata air bags were at risk of exploding with too much force, hurling shrapnel at drivers and passengers. At least 23 people have been killed worldwide due to the issue, and hundreds have been injured.
Copyright © 2018, ABC Radio. All rights reserved.