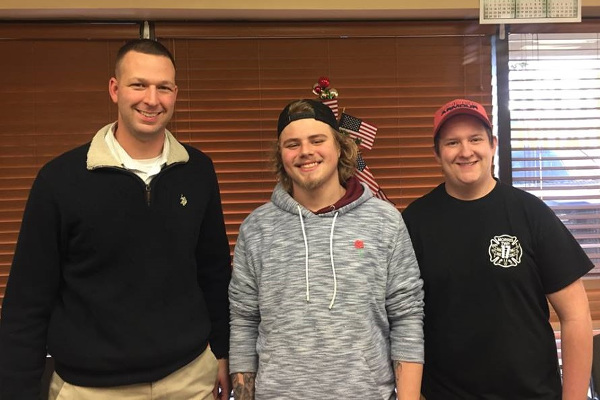 In addition to his work as a representative for Clearfield and Elk Counties, Gabler is a medical logistics officer in the 28th Infantry Division Headquarters, the United States Army’s oldest division.

Gabler was also promoted to the rank of major during his time in Kuwait.

On one of his first days back on American soil, Gabler met at his St. Marys district office with two young men from DuBois who are planning on serving others.

Camden Murray (right in photo) is planning to enlist in the Army and serve in the 11 Bravo Infantry. Zac Priddy (middle in photo), who is already a member of the North Point Volunteer Fire Company, is training to serve as a wildfire firefighter throughout the United States.

Gabler will be officially sworn into his sixth term in office on Tuesday, Jan. 1. 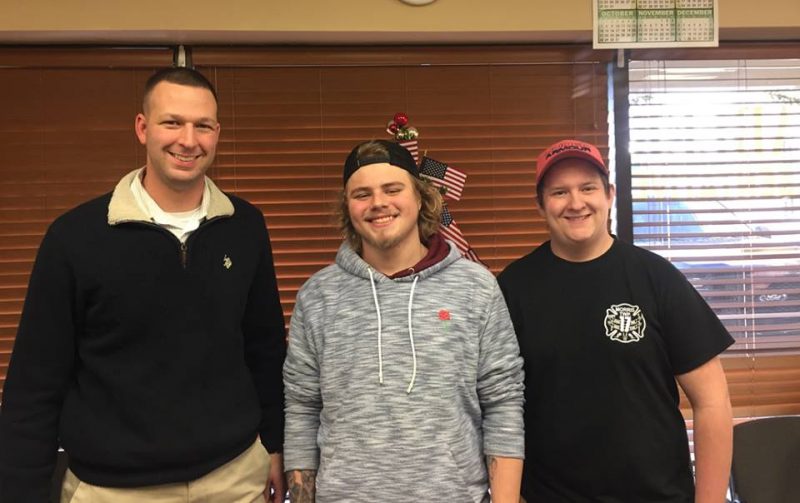 Click below to listen to an interview with Rep. Matt Gabler in 2017, before he left to serve overseas in the Pennsylvania National Guard for the majority of 2018.