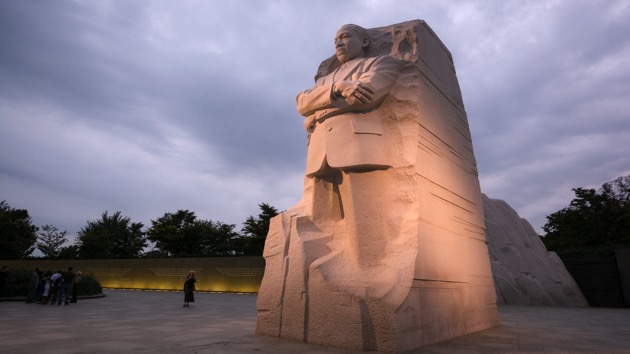 gregobagel/iStock(ATLANTA) — For more than two decades the National Park Service has been leading tours at the birthplace for Dr. Martin Luther King Jr. Now, 50 years after his death, the King Center has sold the home which was built in 1894.
The Martin Luther King Jr. Center for Nonviolent Social Change has allowed the National Park Service to operate the home since 1982. Months ago the National Park Foundation, the official charitable partner of the Park Service, began talks to sell the frame house and on Nov. 27 it was sold. Moments after the sale the foundation gave the home to the park service.
Approximately 70,000 people visit the place King called home until he was 12. The 30-minute tours, which are led by park rangers, are limited to 15 people at a time and are first-come-first-serve. The tour offers visitors a look into King’s day-to-day life by showing the bedroom that King shared with his little brother Alfred David “A.D.” King and how meals were prepared in the kitchen.
“That place is irreplaceable and it’s priceless in nature,” Will Shafroth, president of the National Park Foundation, told ABC News. “The importance it will be to our country for generations to come is immeasurable.”
The 124-year-old home is showing its age.
During a recent tour, one of the floorboards gave out, causing a visitor to fall nearly 6 inches. In 2016, the home was closed for several months, after water leaks caused cracks in the wall and warping in the floor.
Shafroth said the home needs extensive renovations to the structure and, possibly, the foundation. Other maintenance may cost an estimated $1.3 million.
"This change in ownership will not affect the public’s access to the site and will continue to welcome visitors on a daily basis," the National Park Service said in a statement.
Copyright © 2018, ABC Radio. All rights reserved.