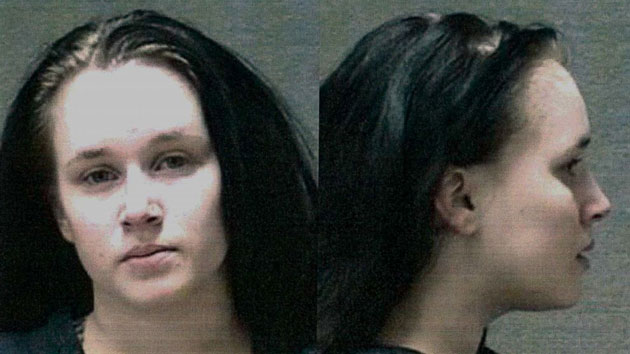 Delaware County Sheriff's Office(MUNCIE, Ind.) — The parents in the movie "Home Alone" may have faced a very different outcome in reality for leaving their child to fend for himself.
A mother in Indiana is facing neglect charges after her two young children were found home alone — and watching the classic Christmas movie, "Home Alone," police said.
Police received an anonymous tip on Tuesday that two children were left unattended at a residence in Muncie, Indiana. The investigating officer found a 7-year-old boy and his 4-year-old brother inside the home with no adults, according to the arrest affidavit.
Police told ABC Indianapolis affiliate WRTV that the boys happened to be watching "Home Alone," a 1990 film about the adventures of a mischievous 8-year-old who is accidentally left behind when his family takes a trip to Paris for Christmas.
But the boys in Muncie weren't left home by mistake, police said.
Their mother, 25-year-old Taylor Joann Cumings, was contacted at her place of work and told police she had to leave the youngsters alone because couldn't find a babysitter. She said she had done so "previously but rarely," according to the arrest affidavit.
Cumings was arrested Tuesday afternoon on two felony charges of neglect of a dependent. She remained jailed Wednesday in Delaware County on $10,000 bond, police said.
The boys were placed under care of their aunt, according to WRTV.
Copyright © 2018, ABC Radio. All rights reserved.