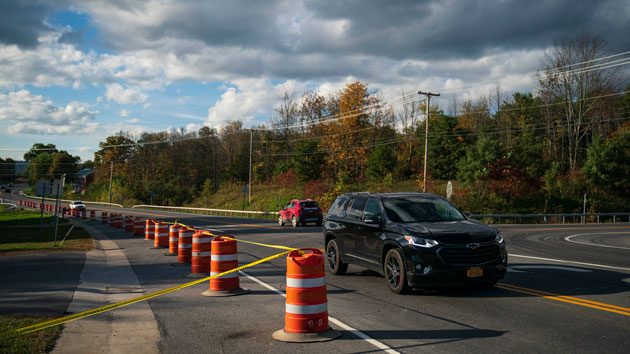 Drew Angerer/Getty Images(SCHOHARIE, NY) — Federal officials are accusing the New York county where 20 people were killed in a horrific limo crash of blocking the progress of the investigation, a letter written by the National Transportation Safety board shows.

The crash occurred on Oct. 6 in Schoharie County, about 40 miles west of Albany, when a newlywed couple and their friends were on their way to a birthday party. The stretch limousine skipped a stop sign and slammed into an unoccupied SUV, killing the driver, 17 passengers and two pedestrians.

NTSB general counsel Kathleen Silbaugh wrote to Schoharie County District Attorney Susan Mallery Dec. 14, saying that have not been permitted to inspect the vehicle, a modified 2001 Ford Excursion, or review records associated with the crash, despite discussing it with her and the New York State Police "throughout October and November."

The NTSB is following a congressional mandate to conduct a safety investigation of the accident and still allow local authorities to access the evidence "first," Silbaugh wrote.

"Per your demands, the NTSB has modified its traditional investigative procedures to accommodate the needs of your criminal investigation, allowing your team and the defense team first access to the vehicles and other evidence," Silbaugh said. "The NTSB's Congressionally-mandated safety investigation, however, cannot be hindered any further."

The NTSB is requesting "immediate access to the vehicle," unredacted copies of reports and video and photos taken at the scene, Silbaugh said, adding that the agency is "gravely concerned" that the "unresponsiveness" of county officials has impended their ability to carry out the investigation.

The crash is the country's deadliest transportation accident in nearly a decade, federal officials said.
New York Gov. Andrew Cuomo said after the crash that the limo had failed an inspection by the state's Department of Motor Vehicles in September and the driver did not have the appropriate license to be operating the limo.

The son of the owner of the limousine company involved in the deadly crash was charged with criminally negligent homicide less than a week after the accident. He pleaded not guilty to the charge.