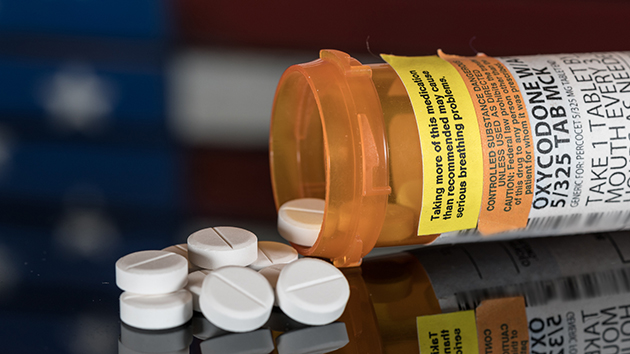 BackyardProduction/iStock(WASHINGTON) — The U.S. Centers for Disease Control and Prevention highlighted the growing challenge of fighting the opioid epidemic in America in a report released Friday in the agency's Morbidity and Mortality Weekly Report.
According to the data, more than 702,000 Americans have died of drug overdoses between 1999 and 2017, but a staggering ten percent of those deaths occurred in 2017 alone.
"The drug overdose epidemic continues to evolve," said Debra Houry, M.D., M.P.H., director of CDC's National Center for Injury Prevention and Control. "This underscores the urgency for more timely and localized data to inform public health and public safety action."
The majority of overdose deaths in 2017, more than two-thirds, were caused by synthetic opioids. While the large portion of opioid-related deaths previously occurred in the Eastern portion of the country, CDC says Arizona, California, Colorado, Minnesota, Missouri, Oregon, Texas and Washington all saw sizable increases in opioid overdose deaths in 2017.
Copyright © 2018, ABC Radio. All rights reserved.