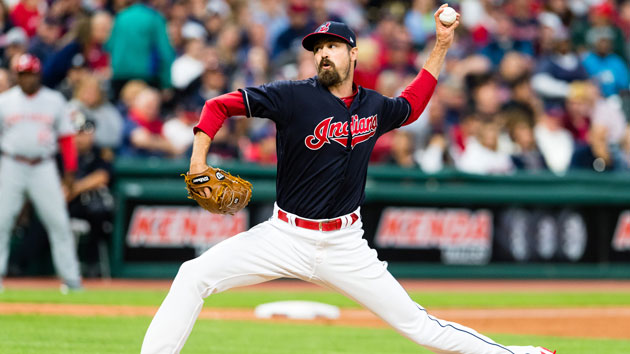 Jason Miller/Getty Images(ST. LOUIS) — The St. Louis Cardinals and lefty reliever Andrew Miller have agreed to a two-year contract, according to the team's official website.

The Cardinals got their big bat when they traded for Paul Goldschmidt, but now they have some much-needed bullpen help.

Miller will be paid $25 million over two years with a chance to earn more in appearance incentives.

Miller joined the league in 2006 with the Detroit Tigers, but didn't pitch as a reliever until the Red Sox moved him to the bullpen in 2012. The two-time All Star finished top 10 in American League Cy Young voting on two occasions, once with the Yankees and again with the Indians. Miller went on to earn AL Championship Series MVP honors with the Indians in 2016.

The 33-year-old was one of the most sought-after bullpen arms this offseason, despite coming off of a disappointing 2018 campaign. Miller only pitched in 34 innings in 37 appearances, thanks to injuries to his shoulder, hamstring, and knee. He also posted a 4.24 ERA — his highest since becoming a full-time reliever.

The Cardinals are hoping they can make the playoffs this season after narrowly missing out on a Wild Card spot in 2018.