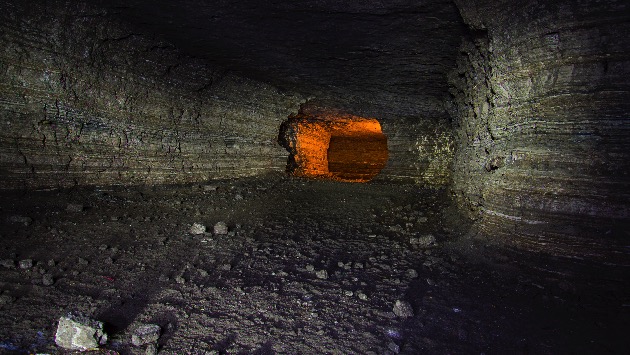 Alexey Dozmorov/iStock(CLEAR CREEK, W.Va.) — Police issued an arrest warrant on Thursday for one of the four people who allegedly broke into a West Virginia mine to steal copper, according to court documents. Three of those who entered the mine got lost and were rescued after almost a week underground.
Authorities are looking to arrest Eddie Williams, 43, on charges of breaking and entering, felony conspiracy and giving false information to law enforcement officers, according to a criminal complaint.
Williams initially told police that he entered the abandoned Rock House Powellton mine in Clear Creek, about 30 miles southeast of Charleston, West Virginia, to search for three friends who were trapped, the complaint said.
He later recanted, though, telling police that he went inside with Cody Beverly, 21; Kayla Williams, 25; and Erica Treadway, 31, on Dec. 8, “to see if they left anything behind, copper, or anything.”
Eddie Williams said the pairs separated "to have sex" with he and Treadway going in one direction and Beverly and Kayla Williams going in another.
"Eddie said that the pairs had split up to have sex with each other," according to the criminal complaint. "Interviews with Kayla, Cody and Erica at a later date did say that they had separated to have sex."
Eddie Williams managed to escape on Dec. 10, and reported the others missing. They were pulled out of the mine three days later after a large-scale rescue operation.
While the rescue efforts were underway, Kayla Williams' father, Randy Williams, told ABC News, "The reason they're in there is to get copper."
"It's worth money," he said. "A couple years ago it was up to almost $4 a pound. You could go into a mine and make $1,000 a day."
It's unclear if the others will face charges. Eddie Williams said the group "had entered the mine before to try and make money,” according to the complaint.
Beverly and Kayla Williams spoke with reporters outside of Charleston General Hospital, where they were taken for an evaluation after being rescued. Although they didn't offer details on why they entered the underground mine, they said the experience had taught them the biggest lesson of their lives.
"This is a life-changing experience for me," Beverly told ABC News. "This is the biggest lesson I've ever learned in my life."
Copyright © 2018, ABC Radio. All rights reserved.