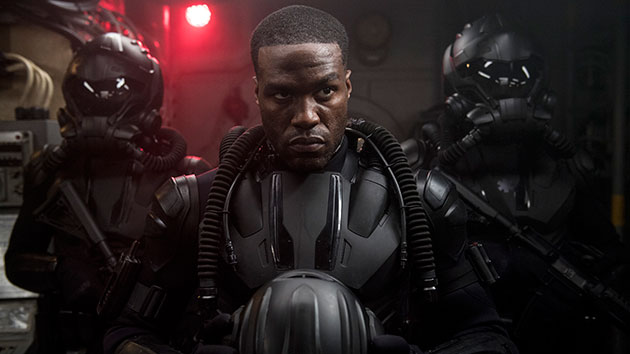 Abdul-Mateen tells ABC Radio that he's extremely proud to be the one to introduce fans to the character.

"That's what I'm most excited about right now," he says. "I think the fans are getting a very strong introduction to David Kane — Black Manta. They're getting an introduction to his motives and some of the things that he's capable of."

According to Abdul-Mateen, Black Manta is capable of a lot more than people may think.

"He's a very smart character. He's multifaceted. He has emotional range and motivations," he explains. "So I'm really looking forward to the opportunity to bring this character."

Of course, don't expect this to be the only time you'll see Yahya face off with Jason Momoa's Aquaman. Yahya teases that he's definitely hoping for another battle.

"It's funny we've just introduced him, he says. "But I'm already excited to show all the other parts of him the next time I get the opportunity to."

‘The Hitman’s Wife’s Bodyguard’ overtakes ‘A Quiet Place Part II’ with $11.7 million debut
‘Summer Black Friday’ is here. Here’s how to shop like a pro
On Juneteenth, descendants of America’s Black changemakers speak out about preserving ancestors’ legacy
Henry Cavill teases fans — and tests their eyesight — with glimpse of second season of ‘The Witcher’
Billy Porter says the theater industry marginalized him for being Black and queer
Black farmers fight to keep their land, cultivate next generation