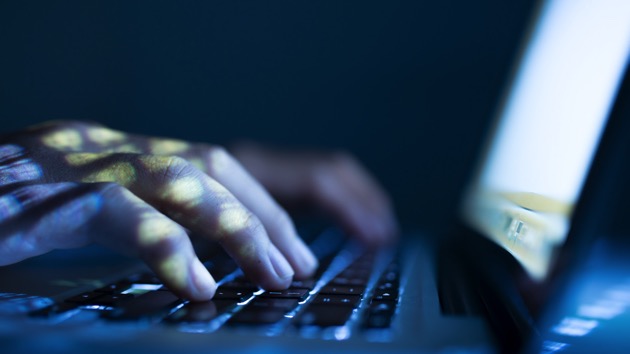 DragonImages/iStock(WASHINGTON) — The Department of Justice has indicted two Chinese nationals, accused of working in association with Chinese state security in what the department called an “unrelenting effort” to steal U.S. commercial and defense technology going back more than a decade.
An indictment unsealed Thursday accuses Zhu Hua and Zhang Shilong of being members of a hacking group known as APT10, also known as Stone Panda and MenuPass.
“From at least in or about 2006 up to and including or about 2018, members of the APT10 Group, including [the defendants] conducted extensive campaigns of global intrusions into computer systems,” the indictment says. The Justice Department says the pair worked for a technology company and “acted in association with” Chinese state security.
The Justice Department said that through the “technology theft campaign” that reached into several U.S. states, APT10 “stole hundreds of gigabytes of sensitive data” from a “diverse array” of industries, from space and satellite technology to pharmaceuticals.
“It’s just as if they had broken into American companies and taken the data out physically,” Deputy Attorney General Rod Rosenstein told reporters in announcing the indictment. “It is unacceptable that we continue to uncover cybercrime committed by China against America and other nations.”
In a warning to the Asian nation, Rosenstein said the U.S. and its allies “know what China is doing, why they’re doing it” and sometimes even “who is at the keyboard” while the alleged thefts are going on.
The Justice Department also accuses APT10 of stealing confidential data from the U.S. Navy, including personal data on more than 100,000 Navy personnel.
The Justice Department says APT10 managed to slip into systems belonging to managed service providers (MSPs) “for businesses and governments around the world.”
FBI director Christopher Wray said those intrusions allowed the hackers broad access to the MSP’s clients. Wray said that rather than breaking into someone’s home, this was more like “breaking into and getting the keys from the maintenance supervisor” that allows access to many homes.